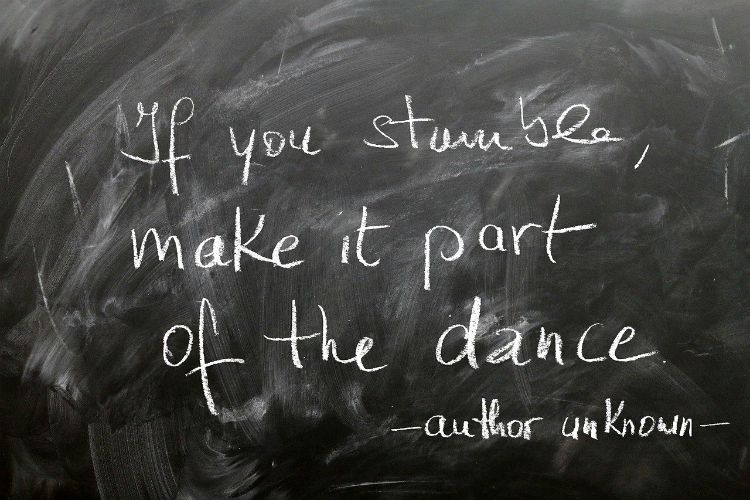 When I was a little girl, I was brought up with the belief that I was inherently wrong. Making a simple mistake at a really young age I was brought face-to-face with the headmistress of our school. At age 6 it was scary going to that big office. I was made to feel that my mistake was so serious it had embarrassed not only her but the entire school. I am now beginning to see how wrong that statement was, but for 30+ years I carried that ‘you are wrong’ like a heavy weight across my shoulders that filled my heart with sorrow and suffering.

So many of us are brought up to believe we are inherently a mistake. If we were not given stories of not being good enough, we were either chastised for making mistakes, for not being perfect or for some having it beaten out of them at a young age. Mine was a slowly eroding psychological trauma from teachers and parental figures.There was a time when I would never have questioned this, that if I made a mistake then ‘I’ was wrong, but that all changed this past year when I began to practice mindfulness meditation and started allowing myself to feel my feelings.

When you are brought up with the belief that you are wrong so early on, you may fight against this belief or you may surrender into it and try to be perfect. I chose the latter. I tried to be perfect for what seemed like a decade. And what happened was that every time I made even a simple mistake, like a spelling error that someone pointed out, or I remembered something incorrectly and someone pointed that out, I was back into that child state, feeling ‘wrong’ and ashamed of who I thought I was.

I now realise (thankfully through meditation and feeling my feelings) that I am not my feelings, I am not my actions, or my mistakes. Who we really are is beyond all those objects we view as ‘us’ in this beautiful and sometimes scary world.

It is a day-by-day and moment-by-moment experience releasing the old story that I had allowed to own me for so long, but it is so worth it.

Finally letting the inner child be nurtured, cared for and shown that she is not wrong, she is not a mistake and neither is anyone else in this world who carries a similar story.

Mistakes happen. They do not define who we are. How we view ourselves is what matters and this can change by becoming aware of the programming that took place in our lives.

So today, when someone told me that I had made a mistake on something that I knew was a mistake, and was so very obviously a mistake, my inner child recoiled in her usual way. She felt sad, ‘wrong’ and did not separate who she was from the mistake itself. So instead of distracting myself with food, expressing anger or over-working, I tended to her needs. I took my old teddy and I held it close to my chest. She wanted to be held, she wanted to be loved. And in my mind’s eye I saw her, a 6 year old girl feeling traumatised by the story she was taught to believe. And I held her and whispered into her ear “You are not a mistake. That was just something that took place. You are whole, beautiful, insightful and filled with light. You are so much more than this ‘mistake’, which is simply something that took place, like a ship passing in the night.”

This soothed my inner child and is the beginning to opening my heart to my whole self and letting the light and love back in.

If you want support in discovering who you are, that you are not a mistake check out my new book ‘When Everyone Shines But You’
Available on Amazon, Kobo, Barnes & Noble, Smashwords and other outlets HERE.
Enjoyed this post? You may like to peruse the following posts too:
Shining As An Introvert – Is It Possible?
The Positive Thinking Culture Is Creating Neurotic Spiritual Seekers
Are You Chasing Self-Esteem?