As most of you will be aware, because it is pretty much a global pandemic without the title at time of writing this, the Coronavirus seems to be a pretty big deal. And while symptoms may be mild to most people, the apparent increase in countries experiencing it makes me think beyond the usual scientific aspect of a virus.

Is this virus bringing in collective change for humanity as a whole?

We could go down the conspiracy aspect of this virus. It is easy to look at big Pharmaceutical companies’ benefits, panic inducing mainstream media, biological warfare on the West and so much more, but I think it helps to think about what we see and experience in our world from a more spiritual and energetic viewpoint and to see the bigger picture.

Initially, I was thinking how across the world we often see ourselves separate from the rest of humanity, separated by borders, vast land masses and stretches of ocean, separated by religion, belief systems, cultural preferences and prejudices and yet this virus is bypassing them all. This virus (like many viruses, but this one seems to be reflecting something deeper), is not separating who can catch it, from rich or poor, black, white, gay, Christian, Muslim, Hindu, Buddhist, heterosexual…much like the sun does not think about who it will or will not shine on.

Could this virus be encouraging an awareness of our interconnectedness? Our ability to work together? Our understanding that what one person does affects another? Not simply with regards to a virus.

That our thoughts, our beliefs, leave an energetic blueprint in the entirety of consciousness and because we often use social media to transmit toxicity these days, or hatred to our fellow humans across the pond or across the political voting spectrum or across the religious ideologies, that life has chosen to create a virus that reflects this consciousness connection, this toxicity that needs to change.

Is the Coronavirus Humanities Wake-Up Call? 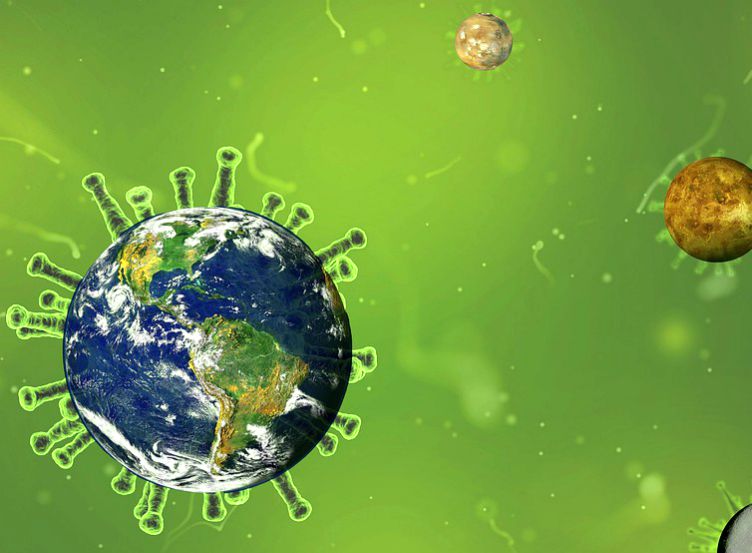 This is simply one idea, but another is that the virus itself is carrying a wake-up call and that those who get this virus are being woken up in some way. It could be to become more loving to self and others. It could also be reflecting the inner war of many people where the lack of self-acceptance and self-love involves an inner war, often projected outwards.

When a virus infects us, the immune system is either able to destroy the virus and we recover, or it fails, and we get sicker and may die. This virus could be mirroring our need to make peace with ‘what is’ in our life, in the world and perhaps in our minds and egos too.

And if the virus is creating an awakening on a deep cellular level, it will also create biological changes too. We don’t know what different viruses do to each individual, what changes energetically and physically.

When we look at what is happening with towns going into lockdown, people in quarantine, people being told to self-isolate if they have symptoms or have come from the countries that have the most number of cases, what does this mean as a society?

We slow down, we take stock of what is important in our lives, we realise that entire infrastructures can come crumbling down at any moment and it has been right under our noses this entire time, but it often takes a catastrophe or a world pandemic to see that the way we operate as a species needs to change.

And I am not talking about Climate Change (I am not totally on board with that idea, due to the Green Tax agenda, but that’s another topic altogether), but I am talking about how we rely on so many things as a species now. 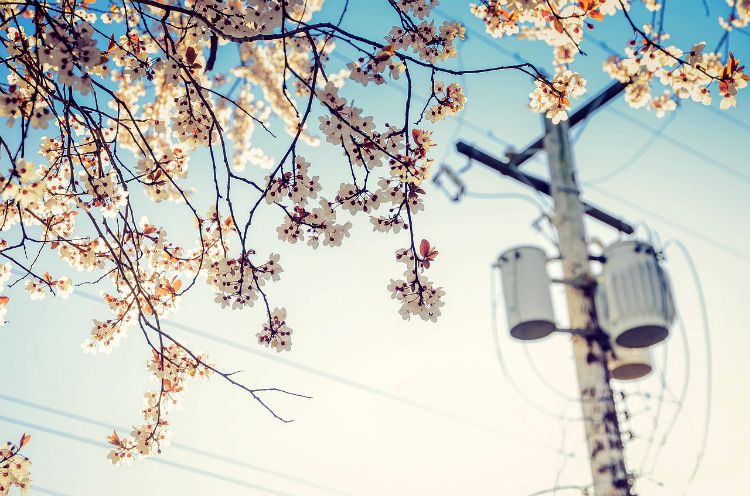 My best friend Michael is in his eighties and he pointed out that during times of war or when times were just simpler, we didn’t rely on technology so much, we bought our food fresh, we used nappies that were washed and not thrown away, we walked more, we spent less time indoors. And while yes, there were deadly diseases back then and a lack of science or medicines to prevent certain conditions, the whole ethos of life was simpler.

While talking to my mum this morning I recommended that she buy in extra food for a while, say 2 weeks if able (I’m aware not everyone is able to do this and I know how hard that is), not to panic buy, not because we all going to die from this virus, but just to be practical.  And also, because my mum had cancer last year and was on chemotherapy, I wanted her to be wise.

Like many people, she had not considered the changes in worldwide infrastructure that can come with many people being sick, even mildly sick, self-isolating and those who will be in hospital.

Apart from the obvious challenges in human resources in the medical field, people working at water plants, power plants, there are lorry drivers and supermarket servers who often come into contact with a lot of people, all of the time. So, if people need to be off work and there are not enough staff, there is a potential for power outages, restrictions on electricity and gas supplies, food etc. etc… so our lack of a simple life now would mean a huge change for many people.

Now I am not saying this is going to happen, this is not to make everyone fly into a panic, but I am a pragmatist too. I think sometimes we can be too spiritually oriented, too much ‘love and light’ and just thinking positively and everything will be fine, but we need a balanced dose of awareness and understanding of reality.

When the Coronavirus first came on the scene, I was the first to say ‘Oh it’s just like the flu, most people recover’ etc etc…but for some reason it feels different. I think we clearly just don’t know enough about it and I feel that the changes it will bring will be long term.

And perhaps… our constant rushing, our need to have, do and be the next best thing in life has been hit with a stop sign when humanity is being told – slow down.

The ways in which Governments and leaders handle this crisis will make a huge difference, political changes will happen and perhaps, it will have the energy of a miracle and bring two sides together as I am sure most of you have noticed that society as a whole on a global scale has been experiencing massive divisions between people.

Yes, often instigated by mainstream media and politicians, but the divisions were always there, except that now they’ve been exposed and triggered by those leaders pushing the buttons.

So, we are yet to see what this virus can and will do.

Will we be forced to drop those divisions? 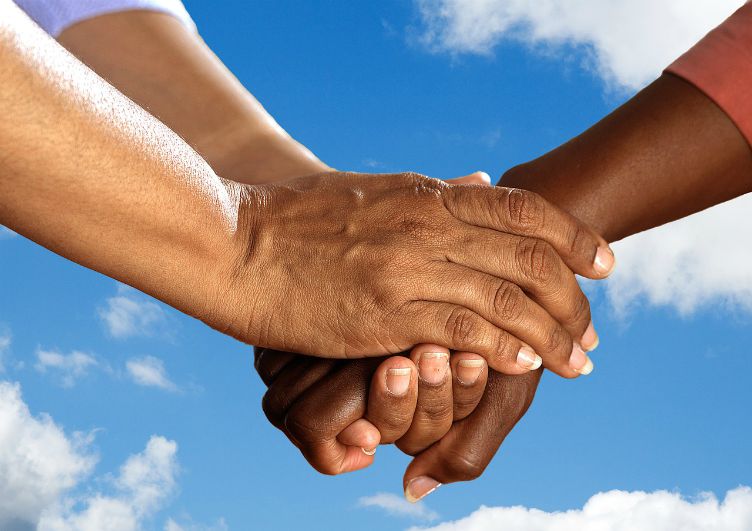 And as some of us are forced to stay at home, will the stilling of activity and encouragement to not move or be out in the world help many who have been avoiding it, finally face themselves? Who knows?

All I know is something is happening and it’s not all about the Coronavirus. That is simply a trigger.

And I write this as someone who is sick right now. I have been self-isolating. Not because of this virus, but another and it can be exhausting searching through all the information out there, so I decided to look at it in a new way.

So yesterday I came across an enlightening piece of writing by Nissim Amon, a Zen Monk. This is a Facebook translation, so if anyone wants the original and can read the language, HERE is the link. I am not sure about his mention of Iran or China, but as a whole, the message makes a lot of sense and gives me a new way of looking at and understanding this virus.

“Science does not yet fully understand the world’s virus network.
The viruses are in the air are not considered a living thing,
In fact, they are small capsules of information
That only arise when a suitable host is found.

They cannot move independently.
They have been here since the advent of life, they work in collaboration with all animals.
We are flooded with them and meet millions of them every day.
Science sees them as parasites,
But the truth is they are more like a biological network of emails,
Passing on information from place to place.
In every sneeze, we throw about three million of them into the air space around us.

On the viral email network on the planet
It is estimated that there are a number of viruses equal to the number of stars in the universe (ten in possession of thirty-one),
Which means there are billions of them hanging around every single person who lives here.
They must be good, must be for life,
Otherwise, we would not be able to survive here all together.

The viruses are good for us.
They tell us what’s going on in the world,
What’s up with the people closest to us,
Our gut bacteria community is using it,
They convey personal messages from one another to another,
And also convey messages that migrate among humanity and cause great things to happen.

Let’s think about the possibility that they are powered by high and unknown nature,
A system that can make dramatic changes through our biology.
Imagine the system sending viruses of nationalist awakening in different parts of the world,
Wars that generate wars,
Viruses that cause political change,
Viruses that transmit wisdom and knowledge that cause human development leaps,
Viruses that raise awareness, maybe love,
Everywhere and its virus spread at the right time.

During this period the viruses made headlines that this time the system decided to come with a new power,
Stop humanity a little bit,
Soothe the frenzy and leave everyone home.
Maybe to freeze all the wars,
Maybe to remember things that really matter,
Maybe stop China as an economic power that wants to take over the world,
Maybe stop religious rule in Iran which is not good with the residents.
Maybe to show that there is no special protection for believers of the great religions …
And maybe for reasons we still don’t understand now but we’ll understand in the future.

I think we’re getting a message here from a system that isn’t really against us,
After all, children are hardly injured by the Corona,
And the system sends a message of convergence and calm,
Excessive production stops,
Stay home longer, strengthen personal relationships,And don’t be alarmed, because in the end, they will find that the vaccine is under our nose:
Eat more vegetables and fruits, be in the sun,
Drink tea with ginger, be more like children and practice meditation.”

What are your thoughts on the spiritual and worldwide significance of this virus?