When we judge our flaws to be wrong, we suffer. If we feel that our anger, our fear, our judgements, our resentment are wrong, we are triggered by others who point fingers our way. One thing I have learned over the past few years is to make peace with what I used to think were bad qualities or emotions within me. If someone attacked me and criticised my flaws I would fly into a rage of anger (another once perceived flaw) in defence of my humanity. It never worked, but what did work was acceptance and good humour too.

For the past 3+ years in the UK like many who voted for Brexit, I have received my fair share of insults. For many leave voters, we simply wanted our democratic vote upheld. I had no urge to unfriend people who voted differently to me; however, I did notice that during the past year the number of people unfriending me increased the more I shared my alternative views. Now take me back 10 years and this would have floored me. I would have been crushed, because my identity was based on being nice, being kind, being spiritual, being on the right side of values in the world. I was, 10 years ago, the person who judged others who thought differently to me, so I know exactly where those who are doing this to me are coming from.

We can disagree with someone’s choices and points of view, but for most of us, if we are open enough, we can accept that we have many of what are perceived to be the negative traits of humanity. The problem comes when we try to hide those traits from the world under the guise of intelligence or education. This past week has been amazing to watch and be a part of.

As the UK left the EU, in my naivety I thought the insults would stop, but they didn’t, they increased. Instead of simply accepting and moving forward, people on twitter started a hashtag trending called #thick and it was used to dehumanise, criticise and judge those who voted for Brexit. I see this tendency happening worldwide, so it’s not just a UK thing.

I was even added to a follow list called ‘Thick as Mince’ which I have to admit made me roar with laughter, because the saying amuses me, but the very fact that someone had added over 1700 people to this list (and from what I saw most were pretty intelligent people with well thought out arguments and views) said a lot about the state of mind of people in heightened reaction mode. 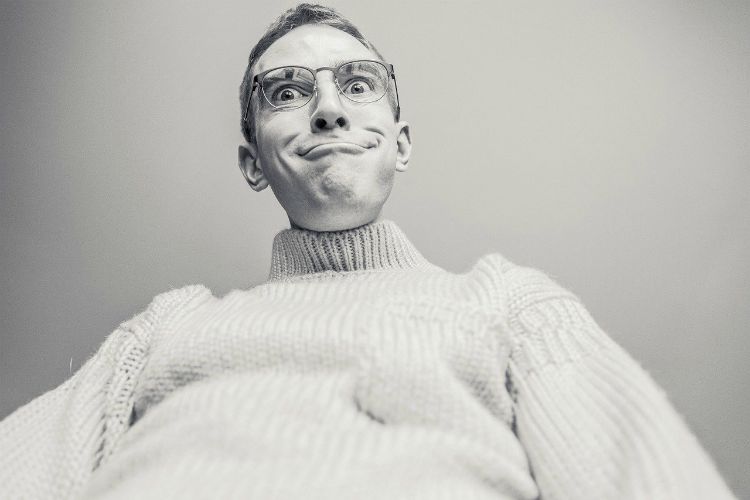 As a follower of Byron Katie, I’ve learned to turn around my own beliefs and judgements about others over time and ask myself ‘Am I as thick as mince?’ (For those of you not in the UK, mince is a ground meat or beef or turkey and thick is a reference to stupidity). So, I concluded I am as a thick as mince sometimes. I have many moments where I walk into my kitchen and pour hot water on cereal instead of milk or I leave things in random places or I just haven’t got a clue about certain things happening in the world and dare I say it…this is part of being human and the majority of people have levels of thick-type moments in life.

So, if I am triggered by words someone directs my way, those words I can own inside myself. I was recently told I was angry, resentful, immature, far right, patronising. Can I own these flaws? Yes, of course. I have anger arise, healthy anger, I have learned to acknowledge and appreciate the creative fuel which is anger. I can be resentful, I can be bossy, bitchy, nasty sometimes…less so nowadays, but I was a lot in my past and I appreciate many of those qualities were simply amped up organisational skills and amped up other positive qualities that were repressed. Everything having its opposite.

The difference is, I accept now that I have those traits, when I disagree with someone’s ideas, but I also accept that as a human I have human traits.

In the past I hid these traits under people-pleasing, sometimes a superiority/inferiority complex. I pretended publicly they were not there and in doing so I was triggered a whole lot more than now.

I’ve also learned this past week how much too many people equate intelligence with being better or smarter than the average Jo, but I said recently on social media how intelligence without wisdom or empathy is empty, is shallow and can be dangerous in the wrong hands. For example Hitler, who was a socialist and of the left politically, believed he was more intelligent, knew more about what the Jews needed and he and his followers imposed their intelligence in a re-education of the Jewish people and we all know how that turned out.

I think we need to remember that intelligence and education does not mean someone has common sense. If an Australian aborigine came to an office in the UK and was not able to answer certain questions on an IQ test, would we deem them as unintelligent? To the aborigine they may look at those people sat hunched over computers all day, no fresh air, no real human connection through a tribal culture, all peering at mobile phones and technology as unwise.

I prefer to see wisdom as a beautiful trait. Intelligence can be bought on the internet or at a University by learning what we are told to learn.

This week I saw a lack of empathy. A lot of people being attacked. Our British media were the frontrunners in their continued fuelling of division in our country. The BBC for example had the cheek to ask people how we could bridge the divisions right now, when their TV channel fuelled the division on a regular basis. We have the left-wing press allowing articles calling leave voters knuckle-draggers (The Independent) and so it begs the question, while those who voted Brexit were called racist, xenophobic, right wing, uneducated, thick human beings…who is the real fascist emerging right now?

I digress…but I think that sometimes if we ignore the ‘simple-minded’ or people who do not fill their minds with stats and information, we are missing out on the diversity of our humanity.

And if we continue to ignore our own flaws and try to repress them or believe we are better than others, we will always be trapped in a prison of our own making. 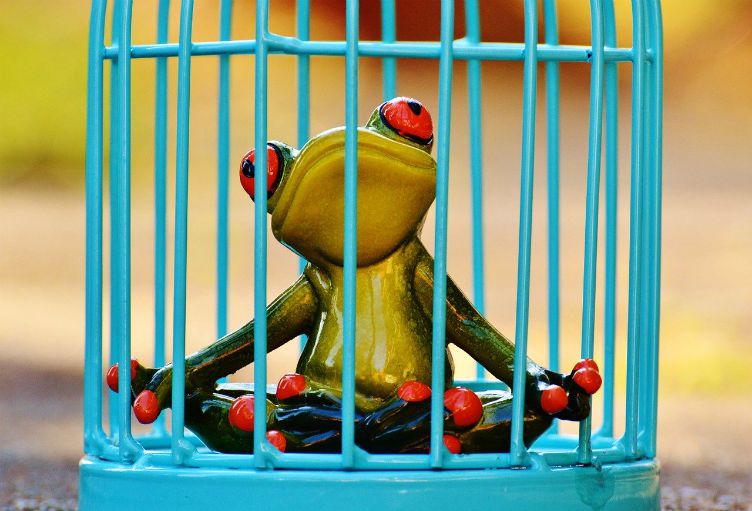 I was clearly not free when I people-pleased. I was clearly not free when I was trying to keep up the persona of being a nice caring human being. I Ignored the myriad of traits and qualities I had. I was a one-sided human being, so it stands to reason that I could simply not tolerate others having an alternative viewpoint back then. Now I see others from a different viewpoint, and I may choose to engage or discuss, or I may just see something floating down my newsfeed on Facebook and just think ‘Whatever?! I don’t need to go there’ with whatever the viewpoint being shared.

I also learned last year, that if I share something I believe in and someone comments,  I don’t even have to respond to that comment. They may disagree strongly, and I can just ignore it or let it go. This is because I used to think I had to justify my right to an opinion. I don’t. Sometimes I may choose to voice the other side of an argument, other times I don’t. It all depends how I am feeling at the time.

If you feel you are superior to others and know better, check in with yourself. I know I still have moments of tapping into this feeling, but I know it’s just ‘little me’ having an inferiority moment.

The superiority complex is the ego’s reaction to feeling inferior.

The ego makes itself feel better by putting others down with insults and abuse, frequently veiled as well-meaning advice or more obviously through gaslighting.

This doesn’t work for long, so needs doing endlessly.

I don’t want to be that person, do you?

When we don’t care what people think anymore, we are free to express who we really are, flaws and all, and this also frees our true voice, our true face to be seen and heard by the world at large.

Some people may not like you if you reveal a more empowered or vocal self-expression. Let them not like you, it’s all okay.

The people who are meant to be in your life will be there loving and embracing the real you, the rest will fall away. And if we are honest those people who cannot accept our true face or voices were not really friends to begin with, were they?