Is it time you began to practice saying ‘Yes’ to your reality? Change happens, but sometimes we resist change so much that we do everything in our power to hold on to the known, to the certainty, to the secure aspects of our lives. Yet eventually, all this trying to stop the flow of change, catches up with us and we have no choice but to face it.

The question is, is it time we consciously start to face it, instead of waiting for life to make that decision for us?

Life can make many decisions for us if we have spent our time trying to control the flow of the river. Life does this through stopping us in our tracks. For example, you could be doing a job you hate, but the security and the known feels far safer than the unknown of a new job or being unemployed for a while. So, you cling on to the safety of the known comfort zone.

And what life does is, it catches up with us when we try to hold on. So, you may find your place of work downsizes and you are made redundant, or life could give you a health issue that means you can no longer work at that job.

Anything can and does happen when we try to control the flow of life.

Sometimes life mobilises us into new action, new routines, new ways of viewing our world and sometimes we can feel incredibly resistant to this and it can be challenging, painful and emotionally exhausting.

I’m experiencing this right now, without going into too much detail I have been facing a number of things this past few months, primarily facing a fear of loss and discovering how much this fear was stopping me going out into the world and doing anything that could allow loss (forming new friendships, investing in new areas, etc) and now it is taking on a whole other level.

I’ve spoken about the fear of letting go of loved ones in a recent podcast called ‘Are You Frightened to Let Go of Loved Ones’, but recently I’ve been resisting reality with regards to my best friend Michael who is 82. We’ve shared a home for over 17 years and I always saw him more as a younger man, his body, his energy, his vitality and his enthusiasm was more like that of a man in his early sixties, I never saw him as an 80 year old because he never behaved like a typical 80 year old, in fact he swore he would never be that way and tends to hang out with younger people because of this.

Anyway, to cut a long story short as some of you may know, in November 2019 Michael got sick. It is the first time I have seen him sick. Prior to this he had probably not seen a doctor in over 50 years, that’s how healthy he was. But then he got shingles in his face and ear and from that he got what is called Post-Herpetic Neuralgia and he also feels some level of Trigeminal Neuralgia (often labelled the suicide disease). He has managed the pain as well as he is able, because it seems to be ongoing. If it wasn’t for acupuncture, he would probably be in pain 24 hours a day, so now he gets some sleep without pain, but as soon as he awakes, BAM! Pain central a lot of the day.

This has changed Michael in many ways, and I have really struggled against this. I found it incredibly hard to witness the pain he is in, to see his body change and to see his eyes red from the pain upon waking. It has also led to Michael having to face some really hard stuff too, that of aging, something he has been resisting for a long time. 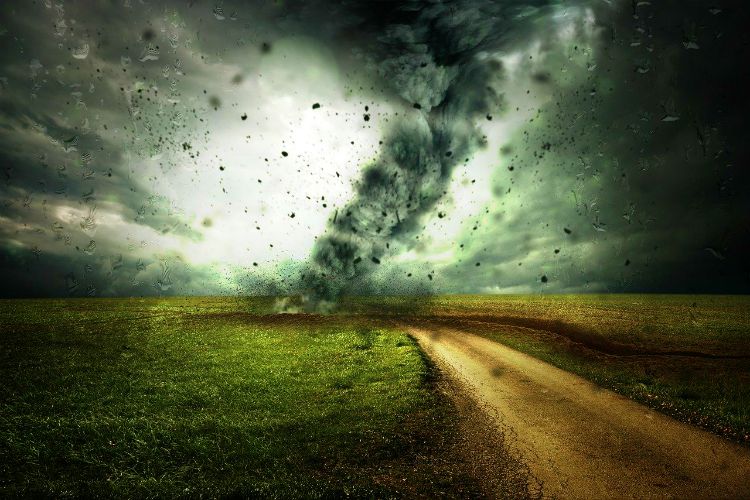 I bought him a book by the spiritual teacher Ram Dass a couple of years ago, but back then he said he couldn’t look at it, he couldn’t face the message in the book. The book is called ‘Still Here – Embracing Aging, Changing and Dying’ and now Michael is able to read it and understand a lot about the personal journey he is on.

We’ve both been tasked on our soul journeys to accept what is, to embrace reality. Michael has been pretty good at this for a long time, and now this issue has brought to the surface how much he needs to do this even deeper. For me it has been bringing up so much fear, sorrow and resistance.

I met Michael a year after my father died, and in a way, he gave me this strong, masculine love and support that filled the void that my father left. Now, I have to face him changing, aging, becoming different and it hurts.

We all age, we all die…but sometimes we don’t think about this until it’s too late. I guess in a way life is making me embrace certain aspects of life early on, more consciously, so I am not thrown into the fire when things naturally evolve and change in my life.

If I say ‘No’ to my relationship with Michael changing I suffer, I feel scared about the future and I don’t trust what is coming or life. If I say ‘Yes’ to what is changing, I can surrender and trust that life knows the way, it always will and always does.

And ironically as my back transforms, symbolically I am being shown that life has my back, the Universe has got my back, God, Goddess, whatever label you choose, supports me.

Saying ‘Yes’ to the experience, the feeling, the thoughts doesn’t mean you are saying abuse is okay, but that what you feel is okay. As Pat Rodegast writes:

The main thing about saying ‘Yes’ to this moment is that you do so to welcome what is, you don’t do this practice to get rid of unpleasant feelings or emotions or circumstances.

We can say ‘Yes’ in different ways, as the writer and teacher Tara Brach says:

“We can whisper ‘It’s okay’ or even a welcoming ‘Hello’ silently, softly or loudly – in response to a painful emotion. ‘Yes’ might also be an image or gesture. A friend of mine mentally visualises herself bringing her palms together and bowing to what has appeared. When she feels the grip of anxiety, anger or guilt, she imagines bowing to it with a sense of genuine respect. I sometimes place my hand on my heart and send a message of acceptance and care to whatever is arising in me.”

In many ways it is about saying ‘Yes’ to our entire life.

The floor is dirty ‘Yes’

My back is hurting ‘Yes’

My relationship is ending ‘Welcome’

If we are in the middle of intense trauma, we wait, we get help, we get support until we can say ‘Yes’ to the feelings arising.

Saying ‘Yes’ may be hard in the beginning. We may resist this. We can say ‘Yes’ to resisting saying ‘Yes’ and we may say this somewhat robotically to begin with, not believing it when we say it, but the more we do this the more we can relate to life and change in a whole new way.

How is your life changing right now and are you ready to say ‘Yes’ to it all?