Today I’m going to talk about how when we finally find our voices, share who we really are, we may come across people in pain who may lash out at us.

This year I finally started to say what was on my mind, sharing my opinions, my alternative viewpoints and in many ways, I became more unpopular. I would go so far to say that people started to dislike me.

Now in the past I would have crumbled in the face of this. I would have done what I could to please them, in my people pleasing days, but not anymore. I am learning that we can’t please all people all of the time and it’s not our job to anyway.

Now, with the world in a state of flux, with politics and anger in abundance in many countries, people standing up to be counted, social media in dramatic meltdown daily, whatever our view or opinion being expressed, alternative viewpoints, it is interesting to say the least.

This morning, after posting a positive short message on twitter about something taking place in the UK, Brexit, where we decide whether the UK stays or leaves the European Union, I saw so many negative tweets.

In fact the whole stream of hashtag Brexit was full of impending doom, full of anger, rage, criticism of those of us who voted to leave and so I decided I would do a few positive tweets, about change, potential, that even though change can be challenging it’s essential.

A few moments later, I received a long email from someone who voted to remain in the European Union. This woman actually took time out of her day to scream and shout at me in an email and used an email address that was secret so I could not reply.

Well, like many of you who may have followed me, you will know money is something I am working on. I have experienced poverty in my life, right now, I just about get by, but that’s not the point of this podcast episode. The point is, when people are in pain, they may internalise it or they may externalise it.

Instead of dealing with that pain or fear, they project it out onto the nearest person, be it a loved one or stranger on social media. Social media is rife with this. Social media has given everyone a voice, even if that voice lashes out in pain and doesn’t care if it hurts anyone out there.

I understand reacting to someone who has attacked you, but to react to someone who is sharing a positive slant on the ongoing challenges taking place, my mind literally boggled.

When Even Positive Words Can Be Viewed As An Attack

However, let’s get clear about this, even a supportive or positive message can be taken the wrong way by someone in pain. If someone is extreme in their views, no matter how rational or irrational they are, even someone trying to share a little light in the world can be seen as an attack on their right to be who they are too.

My message, albeit well meaning and simply wanting to bring an alternative viewpoint on an otherwise angry thread, was seen as a threat. And because I was not using the right words, saying what they wanted to see, it probably was seen as sarcasm or silly nonsense.

I get this. When I have been in my most depressive states in my life, when depression had me at the lowest point I could go, if someone brought a positive slant my way, I wanted to hit them, I wanted to tell them to go away (probably in more fierce words than this). So I get that this woman was hurt and in pain and saw the mere possibility of another viewpoint was damaging and aggressive in her eyes, it doesn’t mean it’s the way to go, to attack anyone who triggers us, but she did, nonetheless.

If we can empathise with those who lash out, we can come to a better understanding of who we are too. If anyone in your life is lashing out and you feel whatever you have done or said has been totally misunderstood, try and consider if what you did or said triggered them and know it is nothing to do with you and everything to do with them and unhealed pain they are unprepared to face.

I’ve done my fair share of over-reacting in my life and I still do from time to time. I can get triggered incredibly if someone is throwing insults my way and I have been known to be a keyboard warrior in response. I am slowly learning to step away from keyboard and share what I need to and ignore anyone who is personally attacking me.

When we are under attack verbally and ready to retaliate or defend our position the first thing we can do is ask “Before this person pushed my button, which one of their buttons might I have pushed?” and secondly is it worth responding? 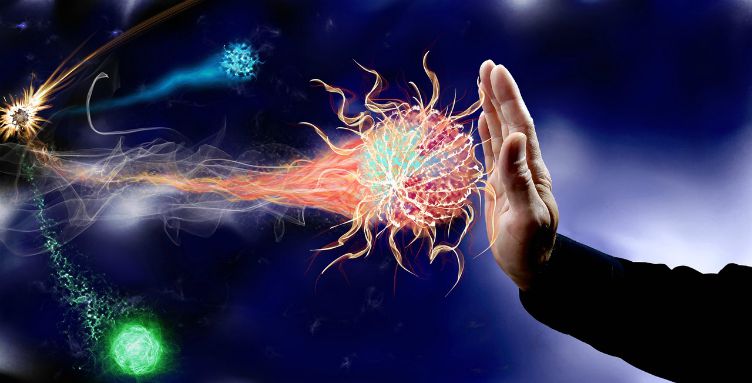 I find most of the time, it truly isn’t worth responding. Let other people be right, let them have the floor, let them feel justified, let them work through their anger and walk away or if you are on social media push the mute button.

The only reason we resist walking away is because our ego also wants to be right. We want to put them down, punish them for daring to misjudge us or misunderstand who we are or what we meant. We are in our own self-made prison when we feel the need to retaliate through words or physically, time and time again. We allow anger and rage and pain to rule us, instead of stopping, questioning, taking a deep breath and asking, ‘Is there any point in doing this?’

When we are attacked and people lash out, instead of winding ourselves up into a knot, thinking we should have said this or that, or we should have done this differently and we rehearse our next battle with them and what we would like to do and say, instead of doing this we stop, we breathe and we self-validate. We speak to ourselves; we support who we are, and we learn to let it go, maybe not straight away, but eventually, once the dust has settled.

When this woman attacked me via email, I was glad she had a secret email, because my keyboard warrior could have easily replied and retaliated. I could have easily taken her apart, destroyed her from an ego sense, but what good would that have done?

She was angry, she was hurting, in pain, in deep fear and needed an outlet. I was that outlet.

How many of us have felt like this? I know have. We are all human after all and to say we never lash out or retaliate or get triggered is a lie. We all do, some of us may be learning how to change our ways, but it doesn’t make us any better for understanding this more, it just means we are prepared to find peace and whatever anyone else does with their lives and their self-expression is a completely personal experience and is their responsibility, not mine.

My Responsibility Is To Me

My responsibility is to learn what I can, change if able and understand.

It’s all we can ever do really.

As the beautiful prayer of St Francis says:

Thanks for listening to another episode of Kelly Martin Speaks

Until next time…bye for now.