I’ve worn many roles in my life, many of them really negative stories I felt I had to wear, some of those roles kept me safe from perceived harm, others helped me believe on the surface I was doing okay when I clearly wasn’t. I have worn a mirage of roles sharing illusions with the world around me and inside my own mind.

Some roles are essential, like mother, father, daughter, sister…they are labels we use to identify our place in our family of origin, but even those roles can be used in a negative way.

For example, as a teenager my sister was born, there is a 13 year age gap between us. I was aged 13 to 14 when my mum would tell me to behave, to be good to my sister, because as her sister I should know better. It didn’t matter that as my sister got older she was a brat in many ways, always spoiled, always getting what she wanted, but even if she had made choices to disrupt my life I had to be the grown up, even though I was not a grown up, I was still a child myself.

My mum in a way placed me in the role of second parent to my sister and because of this I feel this is why my sister does not really see me as a sister but more a parental figure and possibly not a good parental figure based on past experience. 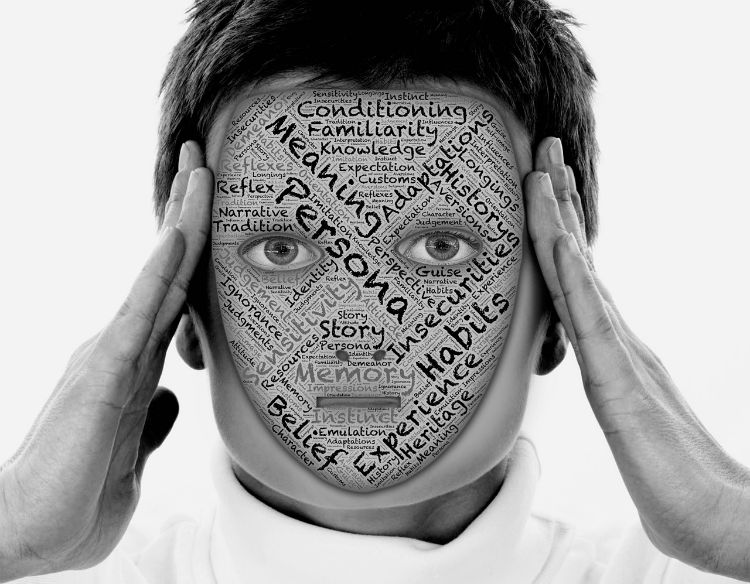 If we wear roles that are not good for us anymore, not healthy, underneath those roles can be feelings like guilt, sacrifice, weariness and feeling stuck. We can feel stuck in the role, the responsibilities and the challenge to switch roles or drop that role.

We can also create protection roles. The role of ‘teacher’, ‘healer’, ‘failure’, ‘strong one’… can all serve to protect us from inner heartbreak, intimacy, shame and guilt.

My role was the ‘invisible one’ in my family and the one who fails at everything. This has been, and still is, a story I am working on letting go of now.

I know people who have such a strong identity as the ‘strong one’, in relationship to others, it could be a family member who takes the role as the strong matriarch in the family, always fighting to protect, fighting for causes but getting lost in the role so much that they lose their own sense of peace.

Many roles are so easy to get lost in and even if we feel ‘I don’t like this train and I want to get off’ we can get literally stuck in a role or identity that initially was there to serve us.

Feeling useful to others, being a practical person or a hard worker can all be roles we fall into.

The very roles that felt needed become a burden, because to keep up the role we get to the point where we are not receiving anything in return and feel weary, worn out and this can lead to incredible burn-out.

The roles we wear may have been created to protect us, but like a wall, they may protect us but no longer let any good come into us or our lives.

The three main roles we have are dependence, independence and sacrifice.

I know in my life I have been in the role of dependence a lot, not feeling I could take care of my own needs, relying on others too much and believing that others know me, more than I know myself.

Independence as a role could be identified with the ‘strong one’ I just mentioned or the black sheep of the family. These roles keep us safe, but they also keep us separate.

A dependent role can in the end push away those very people we depend on.

The independent role can keep people away when they may need help or support from others.

Out of these three primary roles of dependence, independence and sacrifice come some of the main roles we often see in our family of origin.

The hero role defines the person always needing to shine the brightest, to do the best and to save everyone. So with people I know, this can be the ‘rescuer’ type also, or the ‘strong one’ in my family. It can often be a compensation for a sense of guilt in some way, often deeply stored in  the unconscious.

The martyrs are the sacrificing people.

They will sacrifice to give the family what they need. This can be dropping their own needs altogether and can sometimes be a role that stops another family member being abused, so they stand up as the sacrificial lamb to protect the rest of the siblings for example.

Scapegoats make sure they get into lots of trouble, to take any negativity away from the family onto themselves, a great distraction, albeit a painful one. The black sheep, the problem child.

The lost child tries to become invisible. This was my role for a long time. I thought I had to not shine or be seen to nourish my mothers low self esteem.

The mascot, is the entertainer, the comedian, the clown in the family. The one everyone in the family loves. However, this comes at a price. The family may love him or her, but they mascot rarely loves themselves because they a trapped in an inauthentic role and mask. So they don’t feel loved for who the really are, the dark and light. Not always the happy one.

I have known many comedians in my life and most suffered deeply with depression. Once the lights are off and no-one is watching it can be hard to be with those feelings that arise.

If a family has such strong roles that are not changing it can mean a family has problems and can be in many ways, be termed dysfunctional, but I think looking at the world we live in, a large segment of society is in this place.

As we begin to understand these roles, we can then begin to break them apart. By asking what roles do we play? We can choose to re-write our script and see if stepping out of those roles can bring us a much more satisfying life experience.

So what roles are stopping you now?