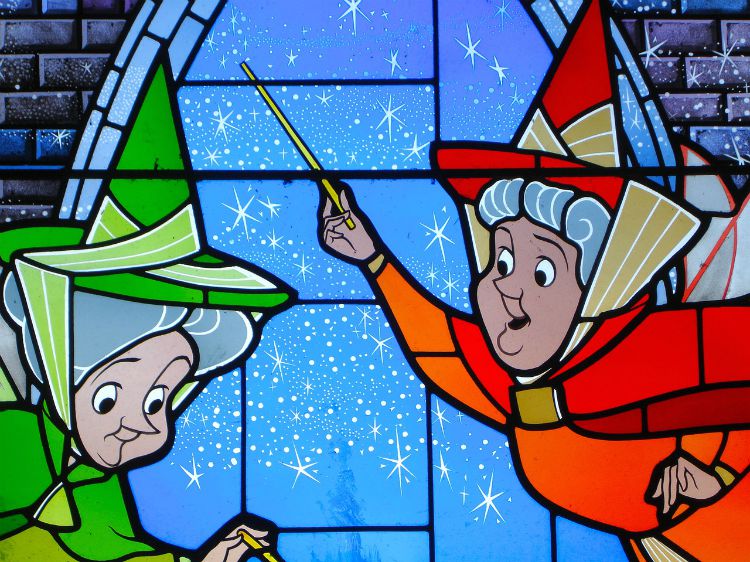 It sounds like a no brainer doesn’t it? Fairies, magic… who wouldn’t want to go down the rabbit hole to experience what as a child was the thing of fairy tales and wonder.

I believe in angels. I believe in people who have passed on to the world of spirit visiting us, but something in me was reluctant to believe in fairies and other magical beings.

I secretly wanted to, but didn’t dare believe.

I loved unicorns as a child; I loved magical story books and movies and still do. I wanted to experience those worlds, but like most grown-ups thought it was just mythical, until I started to question it all and nature spirits showed up in a photo I took recently.

Going to a new development circle, I had heard my teacher talk about fairies and nature spirits, and a young woman there said she saw and experienced fairies when in the woods. I was in awe, but also envy because if this world was so real why could I not see it? And why did I believe and see angels, but not these magical folk as I love nature so much. 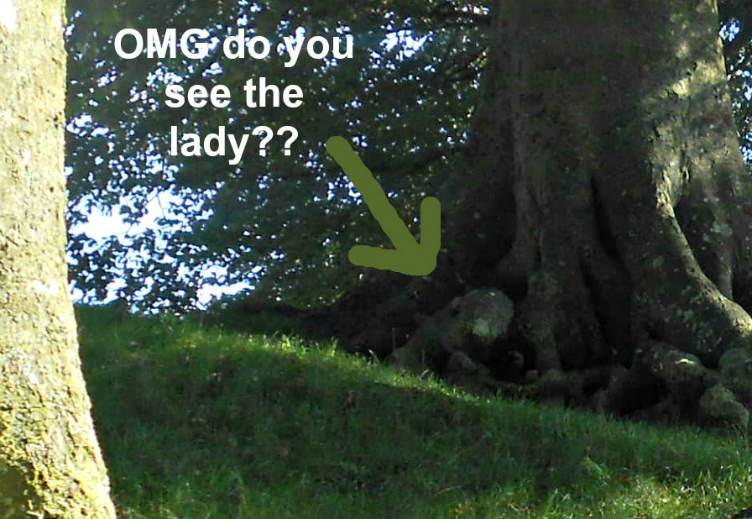 A little while back I decided to go to Avebury Stone circle, often a place of magic for me. It was a glorious sunshiney day and I had the whole day to myself so I wandered for hours amongst the ancient stones.

There is a particular group of trees at Avebury that are known as the magic trees. They are used for rituals, wishes and they have become really popular. I would normally sit amongst the intricate root system and connect with the energy of the tree and the land, but something took me to another grove of trees. Even though these trees were overlooking a noisy road, I felt really drawn to them.

So I sat against and within one tree and I had a lot of emotion come up. I was feeling a lot of sadness suddenly arise and I was talking to spirit, asking for some support on some issues. I was overlooked by lots of crows in the trees above and the sun was dappling on my face through the branches. I felt soothed and loved by this grove of trees. I felt like I was being taken care of and healed as I sat there. So I took a few photos before leaving and continued my day in which I felt uplifted, energised, totally in the moment that I lost all track of time.

Upon returning home I began uploading my photos and one photo made me gasp. My jaw dropped and I could not believe what I was seeing. As clear as day a tree guardian tending to a tree and other creatures in front of me. I did not see these with my eyes, but they allowed themselves to be photographed for my new awakening. While the photo does not depict fairies with wings, I believe this was a glimpse into the world of the Fae. I know little about this world, only what others have written, so my description of what I see may differ from yours.

1. Here I interpret this lady as a tree guardian tending to the roots of the tree and as she is standing next to a child, I wonder if the child is spirit of new roots? As there is the Green Man in Pagan traditions, is there a Green Woman too?

2. Child being. Is this child the energy of new growth? What is this child? Or is it another magical creature?

3. This to me looks very like Gollum from ‘Lord of the Rings’. Is this where these writers get their ideas from, did they see these creatures and this was their inspiration?

4. In front of Gollum it looks like a rather large rodent/squirrel type creature. I wish I knew more. I hope the Queen of Fairies will let me into her world further since this experience.

A Whole New World and I’m a Little Scared!

This was a new world to me.  And if I’m honest I’m a little scared and in awe. I really want to see them, but also a part of me is scared to see them because it will break my world apart, break apart my reality even further, to what I believed to be possible in the world. I already have a very open mind, but this taps into something I had been led to believe was make believe.

I had been talking to my best friend some time ago about mythical creatures and how so many cultures speak of them that perhaps they simply moved into another dimension. Were unicorns real? My beloved unicorns? Did the Fae people exist?

And yes they all do.

Since my visit to Avebury I have had some nature spirits come to me, I have not seen them yet, but my teacher has told me that a tree spirit called Whispa has come with me from the woods to help me with grounding, but I also had a scary experience recently when I picked up a Pixie in nature.

I was still sceptical until I discovered incredible sickness, nausea and dizzy spells caused by motion was not actual sickness, but a mischievous pixie that had climbed into my tummy. Can they do this? I realise how little I know. I would have thought it hogwash until I was at development circle and was told he had been hiding. My teacher managed to move him out of my tummy and within seconds the nausea lifted, the sickness lifted, I could walk without the ground moving.

So is there a positive and negative in nature as there is in the human world too?

I have much to learn. This little fella had a leaf hat and bright glowing yellow eyes.

I want to see them, I want to believe. But i’m a little scared too.

What is your experience of
fairies and nature spirits?
Can you see them?