Kelly has asked me to write a post about ageing. She wanted me to do this as I am a reasonably fit, reasonably healthy 75 year old, who lives a full and active life. It has not always been so.

I was born just before the Second World War, in 1937, so most of my early life was during the period of severe food rationing, which lasted until about 1951.

People today wouldn’t believe how little food we had during this period. Later on, in my 30s, I gathered together a person’s week’s wartime rations, and laid it out on the table. My children just didn’t believe that one person could exist on so little food.

In some ways we were the healthier because of it, as there was no question of over-indulging in anything, but in other ways there could be some quite serious vitamin deficiencies. Many children during this period suffered from ‘rickets’, known on the continent as ‘The English Disease’. 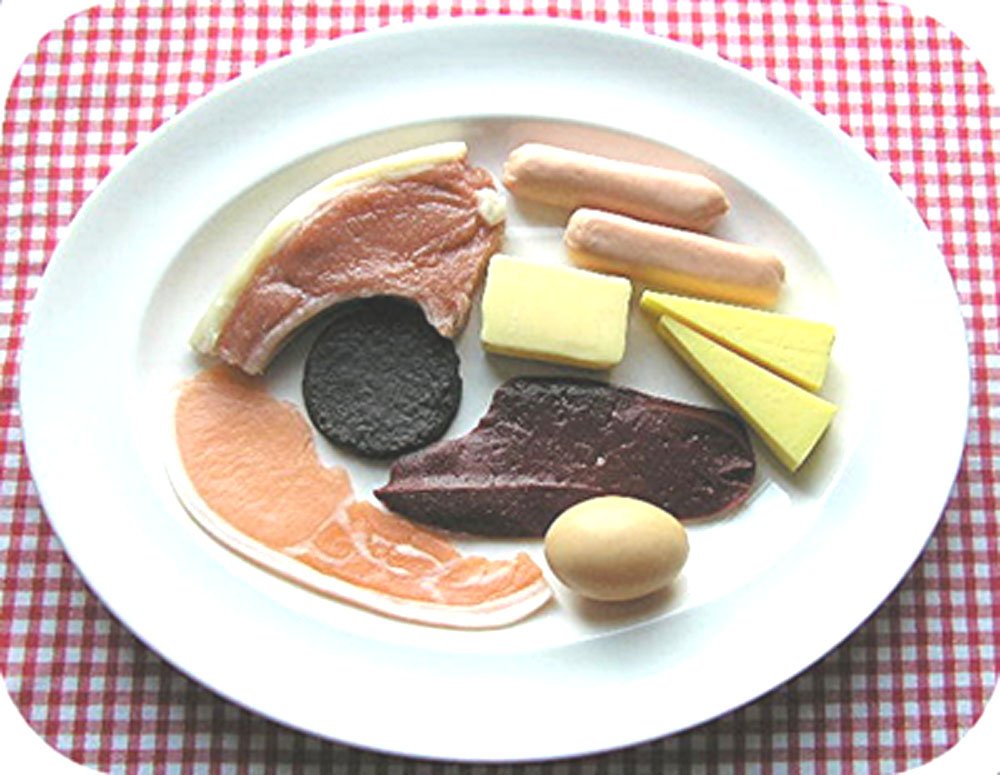 It’s a softening of the bones in children due to a deficiency of vitamin D leading to the malabsorption of calcium. Many children at that time had to wear leg irons because the ‘long’ bones in their legs were incapable of supporting the weight of the body. It also led to dental problems and neuromuscular problems, among others. 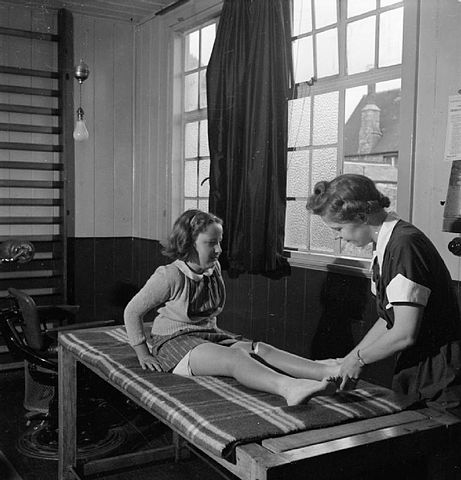 I suffered from both of these as a child, and in fact, lost all my teeth by the age of 20, as they rotted due to a lack of tooth enamel. I had so many metal fillings that my mouth was more like a scrap yard.

Recent research has demonstrated that a lower food intake can extend life expectancy. True, this research was conducted on rats, but it does suggest that over consumption can lead to complications in later life, and we are seeing a dramatic increase in obesity and Type 2 diabetes in the developed nations.

Asian people, who eat a low dairy, low sugar, low meat diet, mainly because they can’t afford anything else, suffer far less from chronic diseases, especially heart conditions and cancers, than their counterparts in the west. However when they emigrate to western countries and adopt that lifestyle, within a few years they develop exactly the same conditions. Also, as Asian people in their own countries have become more prosperous, they too have begun developing these health issues.

We are not designed to consume large quantities of food continuously. Our bodies have evolved to gorge when food is plentiful, in order to store fat which will be used as energy during times of famine. Animals that hibernate demonstrate how this works.

Anyway I digress – no change there.

Why Do We Age?

Why do we age, and is there anything we can do to live an active life into our 70s, 80s and beyond.
It is generally accepted that the human body could have a healthy lifespan of at least 120 years. Whether or not we achieve this depends on many factors. It is true that some people are dealt a poor hand when it comes to good health, but I am talking here about people in general.
There are a number of reasons why we age the way we do, physical, mental and psychological. Also there is the conditioning by our family, our friends and society.
Physically we need a sufficient supply of food. Good quality food is obviously better. We need to reduce or eliminate our intake of processed, convenience and highly refined foods.
Physically, we need to take adequate exercise. Our bodies have evolved to move, not to live a sedentary lifestyle. I’m not suggesting that daily workouts are necessary, although there is nothing intrinsically wrong if that’s what turns you on. And it can turn you on, by releasing feel good hormones into your bloodstream, but it can be addictive. You have only to observe people who exercise regularly, who have suffered an injury which stops them from pursuing their normal routine.  They can suffer with quite serious reactive depression. 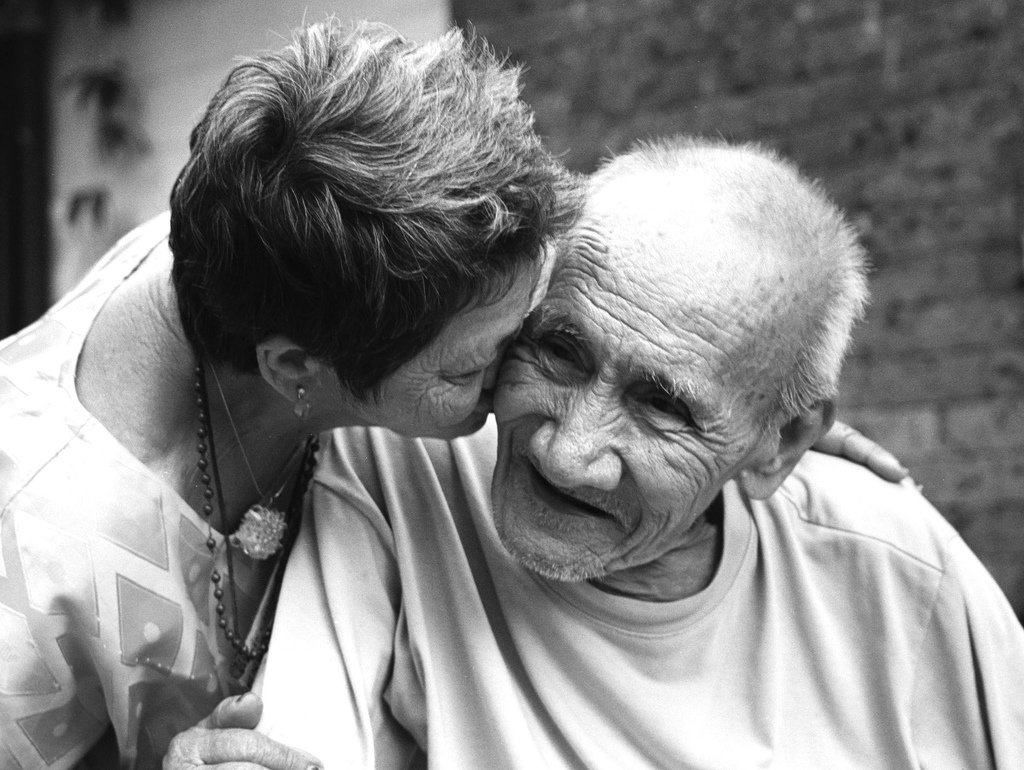 Mentally, it helps if we have a positive attitude towards life, although there are some who see me as overly serious. But for the most part, I am reasonably content, because I have learned to accept ‘What Is’, at least some of the time. It’s true to say that most suffering is caused by wishing things were different, not the way they are.
The Serenity Prayer gives good advice:
‘God grant me the serenity
to accept the things I cannot change;
courage to change the things I can;
and wisdom to know the difference.’
I only wish I could live it all the time, but hey ho.

Stress is another cause of premature ageing. Not all stress is bad. In fact we need stress in order to achieve anything. It’s interesting that the stress caused by success is exactly the same as the stress caused by failure, as far as the body is concerned. The same chemicals, the stress chemicals, mainly adrenaline and cortisol, are produced. They evolved to give us the ‘fight or flight’ response to a challenge, but if, for example, our boss gives us a telling off, we can neither hit him or run, neither of which are appropriate in our modern way of life.
The problems start when stress is continuous – where the body has no time to recover between episodes of stress, because the system is always flooded with these chemicals.
Psychologically, we are all subject to conditioning from family, friends, society and other authority figures. This conditioning is most powerful during childhood, when up until the age of about 9 or 10, we have not developed the powers of logical reasoning, or critical thinking, so we tend to accept whatever we are told, by our elders.
It is generally accepted that as we get older we are going to deteriorate, that we are going to suffer the chronic diseases associated with middle and old age. You hear people saying things such as: ‘What do you expect at your age.’, ‘You can’t expect to do what you used to.’ ‘You wait till you’re my age – you’ll see.’
I remember my father making the following statement on my 35th birthday:
‘That’s it, Michael. You’re 35 now. That’s the half way point. It’s downhill to the grave now.’ (He was such a jolly fellow).
I refused to accept this, and I made a conscious decision to live my life from a different perspective – that of not accepting the social conditioning that we have to deteriorate as we get older. We may have to pace ourselves differently, but that can lead to improved performance in many areas, as we are not wasting energy.
Ageing is as much a mental process as a physical one, and even modern medicine is changing its belief system and accepting that how we think has a powerful effect on our bodies.
Our brains and bodies are not separate. They are interconnected at the very deepest levels.
It has recently been discovered that the heart is made up of not just heart cells, but brain cells as well. Our digestive system contains many brain cells and is also an important part of our immune system.
The brain releases chemicals that affect the body, but the body also releases chemicals that affect the brain. It’s a two way process – in fact, it’s just one process.
Our thinking has a very powerful effect on how our bodies function, even to the point of how healthy we can be, and how long we live.
Always remember that your age is just a number. How you process that number – what beliefs you hold regarding it – can and will have a major effect on how long you live, and more importantly, on your quality of life while you are here.

How are you exploring your own fountain of youth? 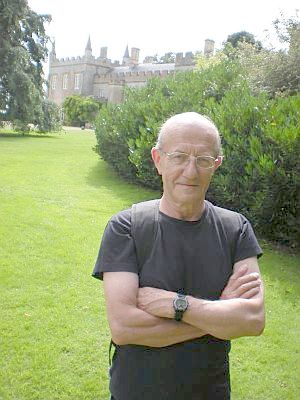 BIO: Michael has had a wealth of experience in many areas – teaching, counselling, writing and business, to mention just a few. He has studied mathematics, physics, psychology, western and eastern philosophies, and continues to remain up-to-date in all his areas of interest. Because of his wide ranging skills, he is able offer penetrating insights into many areas, but especially those involving interpersonal relationships. He has written a beginners’ guide to the ‘I Ching’, due for publication this year, and has a new blog at: The Michael Files
For more guest posts by Michael Doherty click HERE
Photos shared via Creative Commons reuse policy taken by:
Photo 1: light_seeker
Photo 2: www.replicawarehouse.co.uk
Photo 3: commons.wikimedia.org
Photo 4: dark_ghetto28