It’s easy right now to look at the world in terms of wrong and right, but what if there is a much bigger picture going on?

I’m a woman, I was born a woman, but now my womanhood is under threat. This is how I feel right now as a woman born.

I have noticed over the past few years (more so this year with the pandemic and lockdown emotions running high), that if we have an opinion, thought process, idea, or religious morals we are automatically placed into the bad area. These past few years, as I have mentioned before, because I share a different viewpoint, I have been labelled racist, xenophobic, stupid, gammon and more recently as a woman Terf, CIS or transphobic.

On twitter this past weekend someone asked me what a woman is, what do I define woman to be. So, I expressed my experience of woman. Woman being cyclical, that even if a woman does not bleed or has transitioned through menopause, she still experiences inner cycles. From maiden to mother and into Crone. I talked about the divine feminine and the divine masculine and as I wrote I began to realise a few things about the events happening, the culture wars taking place and it all pointed to a feminine masculine war taking place.

Right now, we have the negative feminine and negative masculine fighting with one another.

The negative feminine is victim energy.  It is co-dependency, bitterness, too much self- sacrifice and resentment.

The negative masculine is violence, war, material wealth and the pursuit of power.

Tribes Are Forming, BUT Many From Fear 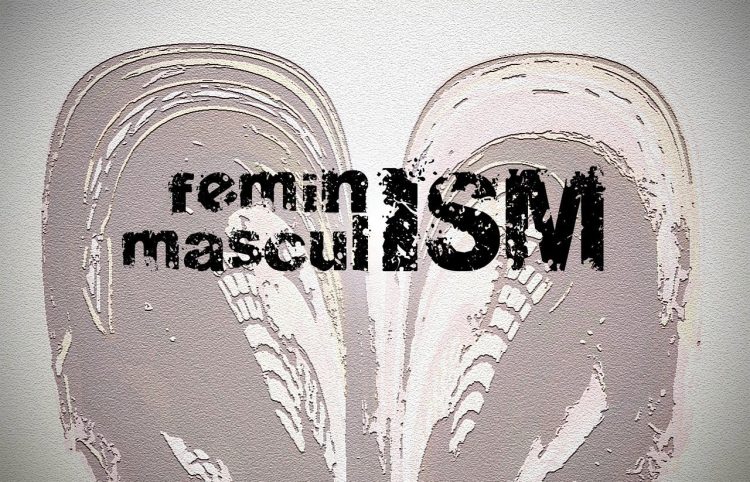 Many groups are forming into tribes, albeit coming from a place of weakness not strength (fear and aggression are not strength).

All trying to find the wholeness, the place inside that feels whole, but because much of this is being projected into the outer world and reality the wholeness never happens, the satisfaction never takes place. The problem with looking for problems, trying to limit people and stop free speech is you are always looking to control yet another aspect of life and society. You will never be satisfied because wholeness is an inside job.

I have honestly no idea what is happening or why, but there does seem to be a pattern. I grow concerned when I see young people parrot the term inclusiveness by excluding another group.

When white people are excluded from jobs so that companies can meet the quota of non-white people in an organisation and if the exclusion of women in debate happens when it comes to girls’ and women’s safe spaces. When people are automatically labelled and called names simply because they question the current ‘soup of the day’ ideology being played out, we can be sure something deeply significant is going on.

I vow never to walk on eggshells again.

Many women have bowed down and kept quiet to keep the peace, but as our very gender is being excluded (in my opinion, notice how I have to say this disclaimer, because the perpetually offended will re-act internally), I have to question why? What is it about the great divine feminine that is so frightening to those trying to erase our identity as women? What is so offensive?

I think, deep down, many people know that the divine feminine triggers the divine masculine and as the triggering takes place the balance within more and more human beings takes place.

If people are strong, whole, they can never be controlled.

And so, the events of 2020 rise up to trigger this outer war to distract from the necessary inner momentum taking place.

Yet those who try to use the masculine to destroy different people are seemingly unaware that with every push against, this creates an opposite force rising up.

To push down women creates more women rising up.

To repress any aspect of society creates an uprising.

Now, I know that people will say , for example, ‘Yeah but by saying only women menstruate’ means you’re transphobic and repressing trans women’ but most of us know that if activists are trying to reject an aspect of society that’s valid with valid points of view also, they are not in the repressed position, they are in the negative masculine position of persecutor trying to hook in the negative feminine of victim.

And if I were to say that not all white people are racist, I would be served a dose of, ‘But they are, it’s inherent within them, this white privilege’ and so I would say the same dynamic is playing out. The negative persecutor trying to overcome insecurity by attempting to oppress the wrongly perceived attacker. And trying to create victims.

The creating of victims is working well, in that people who are buying into all of these current ideologies admit and accept, that somewhere, some place in time, or in the past before they were born, they were guilty of something, but that is ridiculous!

We all have lived a lot of lifetimes and right now, we are black, white, gay, straight, woman, man and trans, in those other lifetimes.

So, to try and oppress and stop another group is merely delaying the inevitable.

Discovering that wholeness within.

P.S: The whole trans gender debate has become so huge that women, authors and writers like me are at risk of being cancelled on social media for speaking out. Please support women you know, because most women are not transphobic but simply question and need to part of a debate that means their safety and women’s rights are changed as a result.