Firstly, sorry for not podcasting last week, because of caring for my best friend who has been sick. I was just too emotionally and physically exhausted to podcast. He is slowly recovering, for which I am very grateful.

So today I am going to talk about communication and self-expression.

This week is the general election in the UK to decide who will be our Government and emotions are heated just about everywhere. Like other Westernised countries we have massive divisions taking place between people, belief systems and values.

It can feel safer to keep quiet, to not rock the boat, to never get involved in debates or conversations that may result in conflict, because we want to belong, to fit in and essentially to be loved and liked. I know I didn’t like myself back then. I often had a brewing resentment and inner rage that was pushed down and repressed when I communicated. Instead of speaking what I felt, I spoke what I thought people wanted to hear.

I wanted people to like me, because I wanted to feel part of something, part of a tribe of like minded individuals, but in doing so I lost myself, because I wasn’t being true to me.

This past year I have begun to express more of who I am. I have stopped holding back and my best friend shared his observations with me last night. He said that over the past 17 years he has watched me go from being someone who would rather keep quiet than break the peace, rather be unhappy inside than, in my eyes, make other people unhappy, but over the years things have changed, but to me, slowly.

To the outside world it may appear that all of a sudden, I have become this mean spirited woman who has beliefs and thoughts that are so alien, so different from who I appeared to be, that people may find me very uncomfortable and may even dislike me now.

And he is right. I have changed. I question so many things whereas before I questioned very little. I believed what people said or what I heard via mainstream media or people who were part of my little left-based viewpoint and little bubble. I never allowed myself to see the other side of an argument or debate, because I preferred to keep myself surrounded by people who agreed with me, who were on the same wavelength as me. All others were wrong in my eyes, until I became ‘the other’.

Apologising for Who You Are

One thing I did as a people-pleaser was to apologise for being me. If I spoke about something that triggered someone into reaction, I would apologise. If it were on social media, I would delete the message. I had a deep feeling of shame for expressing anything that wasn’t considered ‘nice’ or ‘kind’ or ‘compassionate’.

A big part of me wanted to be viewed as the all loving, kind, spiritual woman, when in fact it was all a façade.

Inwardly I was judgemental, critical and saw things very differently, but the difference back then was that I also judged and criticised myself for being that way.

I apologised and shamed myself for being me because I thought it was bad or wrong to say anything that did not appeal or give me positive feedback.

That however has all changed.

If we suffer low self esteem or have been programmed to think negatively about who we are, we may be spend our lives either apologising or keeping safe. We may even have great public confidence and communication skills, but feel we need to be kind and considerate all the time. Or we may feel the need to justify our point of view or beliefs instead of simply stating them.

I was like this and I can tell you now that it’s a very limiting way to live. What is far more liberating is allowing ourselves to be disliked, disapproved of and sometimes hated.

To actually risk not being part of the status quo or belonging to the popular group, be it in school, college, work, political circles… whatever your interests are, to play the devil’s advocate and share alternative viewpoints is truly freeing.

Free Yourself from Your Self-Made Prison 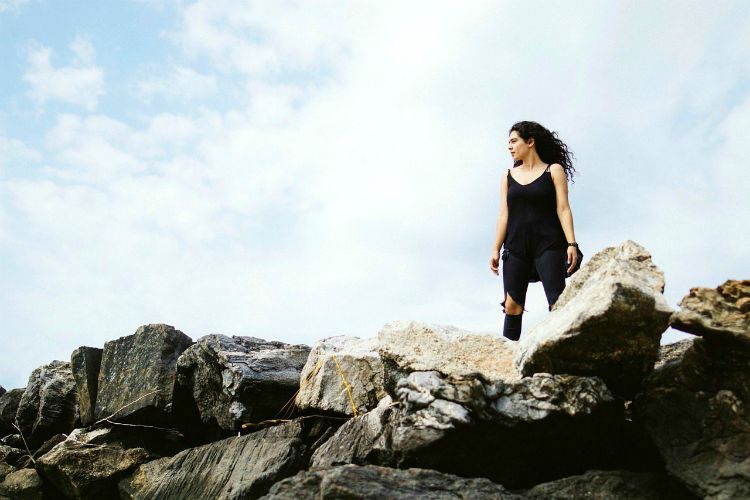 In all the time I set myself up as being Miss Nice, I held my voice in a prison. I held myself in a prison. I was a shadow of who I could be. My body reflected this with health issues and only now are they starting to unravel and be released.

And when I started to share my true authentic thoughts, I received a backlash and initially that was really painful to me, because it was so new. A part of me still wanted to be liked and loved, so I had to keep at it, keep expressing regardless of the feedback the world gave me.

This past week, as our election heats up, I’ve allowed myself more and more to speak unpopular truths and in doing so have discovered that many of my friends on social media are very different in their views of the world, many of whom I view as being unquestioning, like I was.

It is testament to truth speaking, that when you start to speak what is in your heart and mind, without censorship, you find out who you genuinely have more in common with. It gives you a good clear road for allowing people into your life who match your interests and who you can relate to more.

When we speak half-truths or hold back, we miss the people who want to relate or befriend who we are.

As time has gone on, I have begun to witness in others, people-pleasing that I once did myself. The over-apologising for saying something that provoked reaction in others (or me). I feel compassion for them that they feel the need to do this; I understand why they feel this need, but in the long term it eats away at us. I would now much prefer someone to speak their real raw truths with me, because with raw truths you can be honest back, you can get to the heart of the matter more quickly, communication is more fluid.

Honour the You Who Is Fierce and Brash

Last night after a somewhat heated discussion on social media with a friend, I lay in bed and I spoke kindly to myself. I didn’t beat myself up or criticise myself for speaking bluntly or passionately about an issue I felt strongly about, which was my go-to in the past. I lay in bed and I said the following words:

‘I honour you, the part of you who feels rage’

‘The fierce and feisty part of you, I honour and respect you, you have the right to express who you are’

‘The part of you who is angry, I respect and honour you’

And finally, I finished my conversation with, ‘You never have to apologise for being who you are. You can be fiery, feisty, angry, raging, blunt, peaceful, loving, judgemental, critical, kind and all feelings. And, when the criticism comes, as it surely will, you never have to justify yourself. I honour and respect you’.

This is very different to my past when I would say something like ‘How could you be so horrible, look at how you hurt that person’. Those were internal guilt trips in my people-pleasing days that shamed and destroyed me from within.

And while not many people may love or even like me right now, I like me a whole lot more than I have ever done.

I feel I am owning who I am, and I feel more empowered as a woman.

Yes, I may be finding my way in communicating and sometimes I am arsy and feisty or overtly blunt, but this part of me has been trapped inside for such a long time and I am giving my voice freedom.

My wildness can no longer be contained.

Please don’t contain your fire either.

Thanks for listening to another episode of Kelly Martin Speaks

You can also support my channel via my podcast page on my website kellymartinspeaks.co.uk via Paypal or buy me a coffee via

Until next time…bye for now.

Donate to Kelly’s podcast and blog