A lot is changing quickly in the world right now, especially in the West, but one thing is very clear – the more we dehumanise people who have different opinions or perspectives to us, the more we experience the exact thing we may not want.

For example, the UK has just gone through a General Election. In 2016 we had a referendum on Brexit so that we could make the choice of whether we should leave the EU or remain.

The majority voted to leave the EU.

The majority voted to elect The Conservative Party back into power as our Government on 13th December 2019.

Both were very unexpected outcomes by some of the UK (and the world!).

And in the USA when Trump got into power, people were understandably in shock too.

I was in shock when Trump got in, but over the past 3 years my shock has turned to understanding, understanding why he got in, because I have now experienced exactly what Trump voters would have been going through too.

I voted to leave the EU.

I voted for the Conservatives for the first time in my life.

Prior to the referendum vote and this General Election, I would consider myself more left wing, more likely to vote Labour as this was my tribal identity being from the North East of England, but I wanted for many reasons to leave the EU and I voted for the Conservatives because I wanted (and it shouldn’t have had to happen this way) my vote to leave to be upheld. I also did not agree with a lot that the opposition parties stood for.

My preference would have been another party (The Brexit Party) that stood down to support the only other Leave party, the Conservatives.

How Did This Happen? 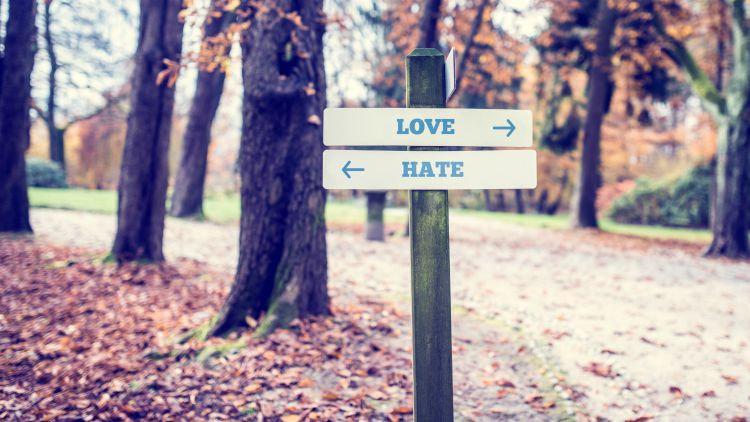 So how did this happen? How did Labour party supporters vote the Conservatives? Why did supposedly sane people vote Trump?

Because these leaders, with these ideas, made a lot of sense to a lot of people. While people in the USA may shoot down Donald Trump (as I did), they on the other hand lift up the former President Obama as saint like, but upon further research we discover that while Trump openly bears his prejudices publicly, giving people permission to judge and be politically incorrect, Obama did as much if not more ‘bad’ stuff as Trump, he was just not so vocal with it and the nice suit and appearance turned people away from the reality and instead they saw only the mask.

AND more importantly, when people are dehumanised and made to feel like second class citizens, in any country, if there is someone standing up for them, they will follow that person, leader or party, whether we like it or not.

Over the past 3 years since the referendum, while those who wanted to remain in the EU were angry, leave voters saw nothing but the underhanded ways the other parties tried to stop us from leaving the EU, even bringing in The Supreme Court which was not what it was set up for.

We saw the opposition voters consistently reduce Leave (and Conservative) voters down to pieces of crap, racist, xenophobic, stupid, rich, elitist, didn’t know what they were voting for, wanted children to die, want to sell of the NHS (National Health Service), have no hearts, don’t care about the homeless and the most recent one I received personally was we are apparently soul-less.

AND this is why our general election went the way it did.

And this is why Trump got into power.

And this is why Trump will get into power again.

The more we fight, resist, attack ‘the other’ the more steadfast and resolute people become.

Call it rebellion, call it standing up for what they feel matters… call it whatever you want but it’s a fact, this is what happens when you push against a group of people so aggressively.

10 Powerful Reasons to Accept The ‘Other’

And while both sides of any argument can be abusive, I wanted to write this post to simply highlight why certain outcomes happen when we fight against the ‘other’.

Since our election the abuse continues, directed at Conservative voters for now, but also now those who wanted Brexit are becoming louder because in a way, however bad it may seem, they feel justified to speak out loudly, sometimes aggressively too, after being dehumanised for so long.

When one opposite gets louder so does the other.

So, it may continue for some time, until some of us stop and look to see who that ‘other’ person really is? And ask ‘Is what I am saying true’?

Are they racist? Are they soul-less? Are they a snowflake? Do they want children to die? Do they hate the homeless?

In all rational thinking most of us would realise how ridiculous this sounds and is probably incorrect for most people judged. There will be a small minority who are this way as will there be a small minority of extremism in the opposing party, but that’s the point, its more about opposition that commonality.

So, can you accept my vote in the same way I accept yours?

And know that I don’t have to justify my choices and neither do you.

I invite you to watch the following video, it may offer a new way of looking at those you may see as wrong.

Support Kelly via Paypal or Ko-fi