For a few years I resisted having a cervical smear test. I am in my late thirties. I believed my body would tell me if something was wrong. However I was not in touch with this part of me deeply enough to know its needs.

I put off the smear test for years.

And then I became sexually active in early 2015 and when the condom split I had to go for emergency contraception. At the time I chose the copper coil, probably not something I would choose again, because something about it felt all wrong for my body. As part of getting fitted at the sexual health clinic I had lots of tests done for sexually transmitted diseases as well as a pregnancy test and my first smear test in a very long time.

I just assumed all would be well, no STD’s at the time, no pregnancy, BUT and a big but, my smear test came with some abnormalities and I had to go for a colposcopy. This was not a comfortable experience for me, as I had not had any children and they saw more cell irregularities so they took a biopsy from my cervix there and then.

A month later I received the news no woman wants, I had something called CIN3. There are different levels of cell abnormalities, and 3 is the most advanced. It is not cancer, but can be termed pre-cancer if something is not done about it.

So from then I was taken in for an operation to remove the cells, very scary, but looking back so glad I caught it in time. I had some major trauma a couple of days after the operation, I did not rest long enough and also had an infection (more info here – don’t read if squeamish and please don’t let this put you off your smear test).

The whole experience traumatised me, but because it had been CIN3 I had to have a smear test 6 months later. My smear was clear, but my cervix had evidence of high risk HPV (human papilloma virus). Apparently there are 100’s of types of this virus and nearly everyone has one or more strains in their bodies. Some, the low risk strains, can cause genital warts and other unpleasant symptoms. However there are about a dozen high risk strains, typically strains 16 and 18, which can lead to abnormal cell changes, such as my CIN3, which in turn can lead to cancer.

Women pass to men, men to women, and condoms do not stop this happening.

I was devastated when I got the news that I had to go for another colposcopy, worried needless to say. Anyway to cut a long story short I had this today and my body had cleared and healed me of the sexually transmitted disease high risk HPV. My good immune system and the fact that I don’t smoke meant I had a high chance of it clearing and not leading to CIN3, as before. 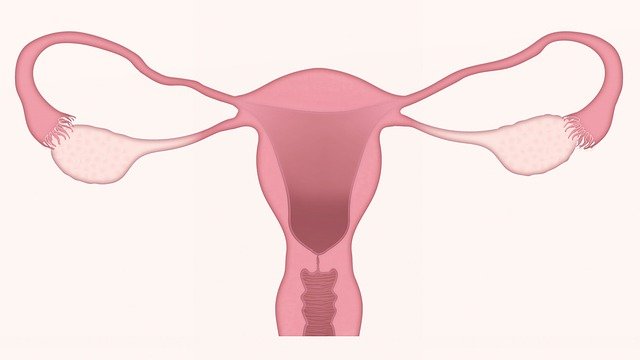 So my first smear led to a lot of probing, challenge and emotional turmoil, but if I had not gone for it, who knows what the outcome would have been.

Since my traumatic LLETZ procedure infection I started to question the whole smear test process again, the actual experience I went through and how much emotional scarring happened due to the extensive probing of my cervix and invasion into my vagina with the LLETZ procedure and the emergency operation that occurred after this. While I would continue to have smears, if CIN3 showed up again I would consider CIN3 natural treatments rather than the LLETZ procedure. I feel too quickly we are bombarded and pressured into very invasive procedures as women and the long term side effects are not considered.

I am still healing from the emotional and physical trauma and I have no doubt whatsoever that there is more to CIN3 than is mentioned in the media.

My own emotional blockages sexually and the insertion of the copper coil caused enough trauma within me to create CIN3 I feel. I would say the biggest reason is stress more than anything and the LLETZ procedure cuts away parts of the cervix, not bearing in mind the sensitive nerve endings in that area and little if anything is said to women about the long term side effects from these invasive cervix procedures.

After joining a group called HEALING FROM LEEP/LLETZ on Facebook I soon discovered many women have side effects. Some losing the ability to carry babies, others finding sexual issues (not being able to orgasm, numbness and lets not forget the emotional scarring).

It appears the medical profession considers the female cervix and vagina as something that does not need further research doing or considering the long term effects. Instead of dealing with stress and the root causes they simply deal with the surface symptoms.

Cancer, to me, is acerbated by stress.

I think the scare mongering made by charities in the UK and worldwide actually causes more stress to women with CIN3 and this only adds to the trauma. I don’t think we should be made to have invasive operations for a cancer we don’t have. CIN3 is not cancer, but it is treated in this way. I’m not saying ignore what it is happening, just get an alternative viewpoint and a second or third opinion.

We need more research, more media coverage on what is happening.

Check out Kate Orson’s website INTACT CERVIX and empower yourself as a woman before making any decisions.

Thank you for reading.