“Men can often feel isolated and unable to tell people how they are feeling – a culture of men shouldering pain alone has developed. We need to challenge toxic ideas of masculinity that prevent openness and vulnerability in men. It takes real courage to be open and honest about mental health, but when suicide is the leading cause of death for young men, we all have a responsibility to push for cultural change.”   Cal Strode, a spokesperson for the Mental Health Foundation

Arguably one of the biggest open secrets of all is that there are many, many men who are struggling. Struggling with life, struggling with unresolved issues. And many of these men never tell anyone, because, according to traditional masculinity, men are strong and macho, they ‘suck it up’. And men most definitely DO NOT cry or show signs of vulnerability – because this is weakness. And one of men’s greatest fears is that of appearing weak.

And men most definitely DO NOT cry or show signs of vulnerability – because this is weakness. And one of men’s greatest fears is that of appearing weak.

So, many men continue to stay silent and pretend they are okay. This is perhaps seen as a sign of strength. However, underneath this ‘strength’ is a huge amount of fear and pain. And, if the pain is too much, it can result in suicide.

This culture needs to stop.

Whilst my story is a little unusual, and whilst I’m not a ‘typical bloke’, I am definitely a man. And all Western men who have ever struggled with their mental health will in some way have been affected by society’s view of what a man should be. This starts with the emotional suppression of males from a young age – which is a huge issue. ‘Boys don’t cry’ is still very much ingrained in most humans today. And if a grown man was to cry in an upsetting situation, they would not be a ‘real man’.

However, in reality, men are just as emotional as women. So when men suffer, it can be a very lonely world. Men are not great at supporting each other, and are certainly not taught how to deal with emotional pain. It can take a really, really difficult situation for a man to wake up and question what he has been taught about masculinity.

During my teenage years, I went through a difficult phase, riddled with guilt and fear. I needed an escape route of sorts, and I turned to the only possible solution I knew – Christianity – having been brought up in the church. Turning to religion was a positive in that it helped keep my head above water, but there were a lot of emotions underneath the surface. I relied on God to keep me sane and lost myself in the process – believing that I was a sinner and only ‘saved’ by Jesus dying for me.

I have always been very sensitive – in fact I am without doubt a highly sensitive person. I have always found it hard to hide emotions and struggles – and I went through a fair few during my time as a Christian, including one breakdown where I thought I had betrayed Jesus but somehow managed to get back on track. I thought that things would never be so bad again. Oh, how wrong was I.

When My Breakdown Became My Breakthrough 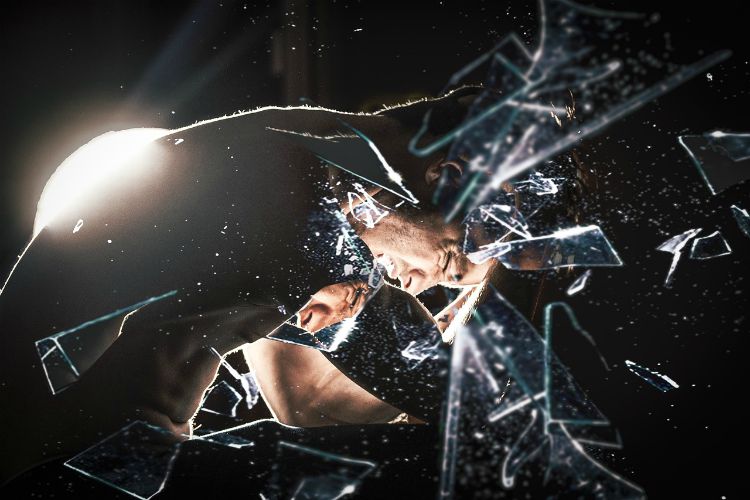 Fast forward to 2006 – the most awful time of my life but the year that ultimately changed the course of my life. I had another breakdown, but this time, it was even worse. I spent a month in a psychiatric hospital, at times I wondered if I was possessed by the devil, thought I was condemned to the fires of hell forever. I would not wish this experience on my worst enemy. It was horrific. This time, there was no way back to Christianity. The door was shut. I had abandoned God and God had abandoned me. So it seemed.

I could not see a way out. The whole experience lasted six months, and there must have been a higher power of some sort watching over me, because to this day, I sometimes wonder how I survived such a trauma. My life seemed in ruins – Christianity had perhaps helped save my life and I couldn’t have imagined life without it. I didn’t want to live, but also didn’t want to die as I was scared of what might await me in the ‘afterlife’.

I did miraculously recover, thanks in no small part to an internet support site for ex-Christians, and realised that life was giving me a second chance, which I took. Once you have survived something that could have utterly destroyed you, your outlook on life changes. I moved to a new location, and started to live life on my own terms.

This did not mean that my issues magically disappeared. I still had a big fear of rejection, particularly with women, and I realised that I’d had very little in the way of social skills. But my various life experiences meant that, certainly by the time I was in my mid 30s, I really didn’t care much about the stereotypical male culture of staying silent and not displaying emotions except anger. However, there is probably no western male alive that has had mental health issues and NOT been affected by this culture in some way.

Men do not have as much support available as women. Men don’t often support each other like women often do. A lot of people, both men and women, still think that ‘grown men don’t cry’. So, it can often take a very traumatic experience to crack a man open. Most men live constantly in their heads, and until they break free from all the conditioning, mental health issues will not be easy to deal with.

I guess I was kind of fortunate that I have never really found it too hard to be open about my struggles. However, I have still tried to do things on my own, and it is only more recently that I have started to talk to other people more in person. I didn’t even have any therapy sessions for a long time. Social media has been a blessing because it has enabled me to express myself to a degree.

Above all, without the life path I ended up on, I’m not sure what I would have done. After Christianity, I had no real interest in anything to do with God or spirituality, but maintained an interest in self-help and personal development – partly because I wanted to have some more clues on how to get a girlfriend and make more money. I eventually realised that the super positive ‘you can get whatever you want’ approach was not for me, and I eventually became interested in the kind of spirituality that involves meditation and living in the present. Whilst being on a spiritual path hasn’t alleviated challenges, it does make them easier to deal with. I read a lot of books, which, even though they didn’t completely change my life, was a big help. I absolutely believe you can learn a lot from books, particularly if they have been written by truly awakened individuals.

Why Negative Emotions Are Not Wrong 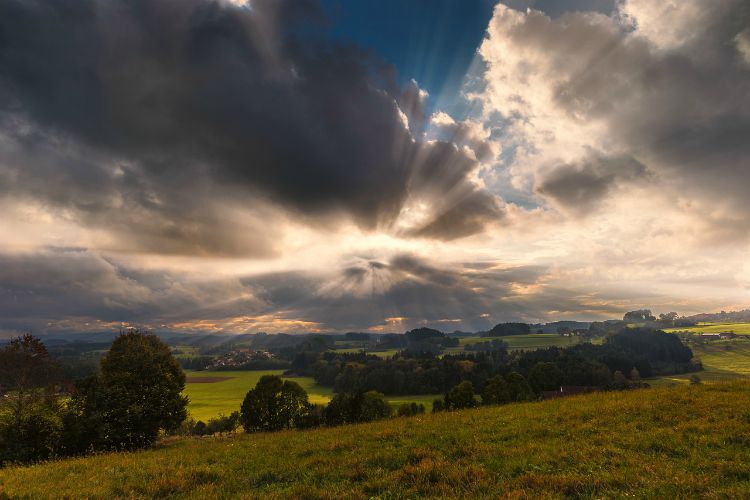 Possibly the most significant thing I have learnt on my journey is that having negative emotions does not mean I am doing anything wrong, and that these emotions are not ‘bad’. So often, we run away from painful feelings or try and fight against them, in the hope they will go away. Or use various substances to try and numb the pain. We were not taught to run towards painful feelings rather than away. If we could, collectively, change our perspective on mental health, things would change.

This will not be a quick fix. One thing that will absolutely need to happen is that people support each other more – and this particularly applies to men. Many men will be too scared to tell their mates that they’re struggling. Also, the myth that vulnerability is weakness needs to be busted. And, whether people like it or not, gender roles will need to be questioned. Just like eating and drinking, everyone needs to be able to cry, to express anger, to ask for help when needed. This is not gender specific. Women, just as much as men, have helped perpetuate the ‘men don’t cry’ myth. When people are free to be their true selves, both men and women will be able to reveal their awesomeness.

I hope this article has helped in some way. If you want to reach out, my door is open.

Andy is a writer, author and blogger. His desire is to see people be real and learn how to love and accept themselves, even the difficult parts. His own experiences have given him the strength to speak about things that he feels need to be spoken about. He is a co-author to a new book called Boys DO Cry charting the true stories of men and mental health. His interests include writing, travelling, photography, music and football. He currently lives in Huddersfield, close to the beautiful Yorkshire moors, and spends a lot of time in Manchester connecting with like minded souls.