A long time ago in my childhood, I was taught that the most important thing to do in relationship to other people, was to please them. I was shown that what other people thought of me truly mattered and so for 39+ years I lived as a shell of myself, to prove myself to the world.

While others were more outspoken, I kept my opinion and thoughts to myself and due to low self-esteem and low confidence levels, I kept quiet when in groups of people because a part of me feared being labelled stupid for having an opinion that was different from other people’s.

I always knew I was a bit different, I tried so much to fit in, to belong in childhood and school and beyond.

At school I was the outsider of a group of girls who all were confident in their views, but quite cruel in that they rarely allowed me physical space to stand with them.

Sometimes I literally hovered on the outside of this tightly packed group in the school yard, feeling isolated and alone. At other times, I deliberately made myself arrive at school just in time, so I did not have to wait in the schoolyard. And at lunchtime I would hide indoors. In morning breaks I would go to the bathroom and spend longer there so I did not have to face the scrutiny of not fitting in.

In a way I regret not befriending the other outsider at my school. A young girl with over-sized thick-lensed spectacles and masses of curly blonde hair. She was obviously from a poor background and everyone gossiped about her, saying she smelled. Back then I wanted so much to fit in that I tried where I was not wanted, instead of being strong enough and prepared enough to stand out with the other girl. I felt too scared to do so.

High school, for me, was a place of torture and a hot furnace of what I thought the outside and grown up world was going to be like. Many schools are not set up for the creative outsider who is shy or quiet, instead they are set up for the extrovert and follower.

I had no idea I was a leader, not meant to be following anyone. I had hidden who I was for so long that I forgot who I was.

The Beginning Of Not Caring 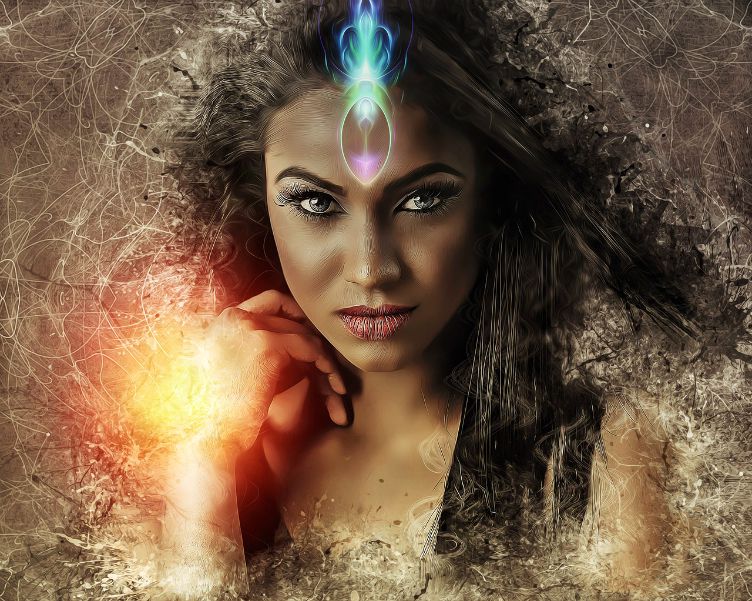 Fast-forward to today. It has only been in the past few years that I finally quit people-pleasing. I still offer social lubrication at times (agreeing just for the sake of agreeing because I am aware that some people are not open to what I would have to say), but mainly I am far less prepared to please others.

In 2019, after I let go of the mental health radio station I set up, I started to recognise how much giving I had been doing in my life, how much over-giving and through the station and other life experiences, how much I had allowed myself and ‘free offers’ to be taken for granted most of the time.

I used to care so much what people thought of me and because of this I never looked at the balance in my life. I didn’t see that my giving was far outweighing any receiving back from the world. This could be in terms of money, love, wisdom, opportunities, knowledge, time…the list was endless. I began to understand more in my blog post

‘What If Your Inability to Receive Is From Past Trauma?’ that my over-giving was a compensation, a compensation for a feeling of valuelessness.

In a way I thought I had to keep going the extra mile to prove my worth and value, not realising that because I did not feel my own value, it was the equivalent of a single raindrop falling into an infinite ocean, pointless.

And not caring gave me many benefits but also was extremely strange for me. I was so used to sharing words or ideas, receiving positive feedback, feeling validated (instead of validating myself) but I was not used to sharing my voice or offering my perspective and opinions in a clear, direct, no bullshit way. I had always softened my voice with spiritual window-dressing and placates, and softened my self-expression with attempts to appease everyone. I had to stop doing this.

I think so many of us almost apologise for sharing unpopular views. We second guess our audience with ‘I believe this, but you don’t need to, it’s a personal thing’… etc etc… Instead of simply saying ‘I believe this’. No defence, no apologising, just being you.

Stop Apologising for What You Feel or Think

The day I finally realised I needed to speak without apologising was on social media, when I realised I was minimising what I was saying to stop other people from offering me advice or unsolicited coaching. I was having a life experience, I wanted to share it and I was not asking for help. So, I bluntly stated this was so and I felt so free in my words for the first time in a long time.

And from this I felt this inner rebellion taking place and this is where the weirdness happens when we first start to not care what people think.

Switching from pleasing to not caring is a process and like anyone who is going through a shift of change in ideologies, beliefs or patterns we may swing to the exact opposite of the spectrum of who we were.

For example if someone was a meat-eater and suddenly had a shift towards being vegan, they may swing strongly to the angry vegan perspective, shouting at any meat eater, informing them that they are evil and bad people because they have swung to the exact opposite of who they once were.

Now, in time, most people then swing back to the centre, the balanced view, the more balanced way to be. Some however may stay at the extreme.

Joining a religion may do this, changing political associations may do this too, but we can also do this when we begin to not care.

Instead of gently not caring, we feel inside ‘I don’t give a shit about anything anymore or anyone!’ This is the extreme position and again we swing back to the centre or we overcompensate for anger issues by staying at the extreme, instead of dealing with those anger issues.

For me, I could stay at that extreme and not deal with the anger that arose from pleasing others for so much of my life. I could easily look at the people from my past and shout and scream that they are all assholes for using and abusing my giving, or I could take ownership and take responsibility for the choices I made in my past and forgive those experiences and learning curves as part of my journey.

Allowing Unpopularity Is A Freedom 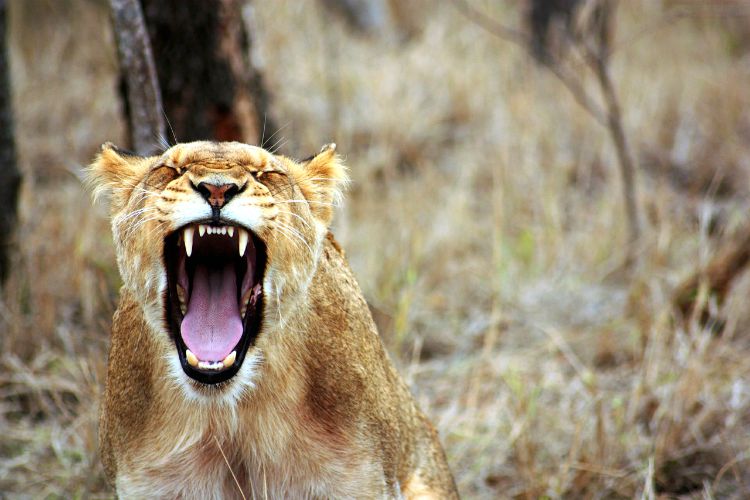 This year I started to question others, publicly. I started to share opinions that were unpopular. I started to disagree on major things happening in the world and I was not afraid to share them. Many people were doing the same with their own views and I did not want to hold my voice back anymore.

I also realised how much I had allowed people to use me for my time. Ex-friends not valuing my time. People using my skills for free and not valuing them and so I stopped and decided NO MORE!

No more freebies unless they are coming from my heart, no more giving my time to anything that did not make me feel empowered and saying NO without excusing or defending that no, became so important to me.

Yes, it probably made me a whole lot more unpopular. I have no doubt that my change in views and attitude has made me more unlikable, but unlikable to whom? And did they really like me when I was a people pleaser?

Those people who liked me for the ‘kind/compassionate/light-filled Kelly?’ Do I really want people to like me for only one side of who I am? NO!!!.

So, I express without caring now and I feel such relief inside of me.

I don’t care, so much to the point that if any friend is uncomfortable with who I really am they can walk away. I am far more secure in myself alone than being with others who need me to be a certain way. The same with family, if any family member prefers me more amicable to their viewpoint, never questioning, they can walk away too.

This is how ‘not caring’ right now feels to me. 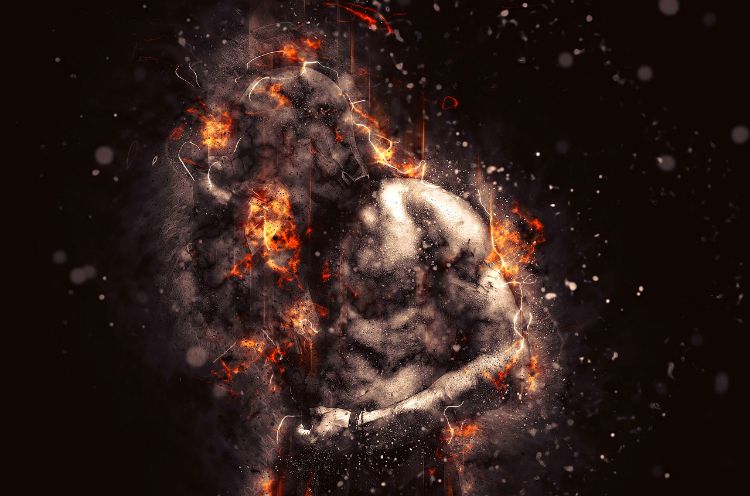 While anger arises sometimes through me expressing myself in a whole new way, I am no longer afraid of sharing this anger. I realise that for my whole life I was told anger made me bad or wrong, from childhood onwards, whereas now I feel anger is a beautiful fuel, allowing blocked and repressed words to have their freedom.

My inner ROAR is growing louder and louder and it cannot be silenced anymore.

I am aware that I offend more people now and instead of holding my head down in shame and trying to appease or please those people, I laugh now instead. Perhaps this is arrogance, who knows, but I am okay with arrogance in myself now.

I think any emotion or way of being that is both repressed and made ‘wrong’ gets louder and grows until we become frustrated, depressed and more. When we own ‘arrogance’, when we own ‘anger’ and allow it to be more fluid, it becomes the confidence we were lacking all along. And the anger becomes the fuel for creativity and inspiration.

If you have spent most of your life caring what other people think, more than caring what you need, allow anger to surface and know it is your teacher, not a sin, not a bad emotion. It was waiting all along for you to step into your power and free yourself.

So, what are you waiting for, ready to stop caring now?