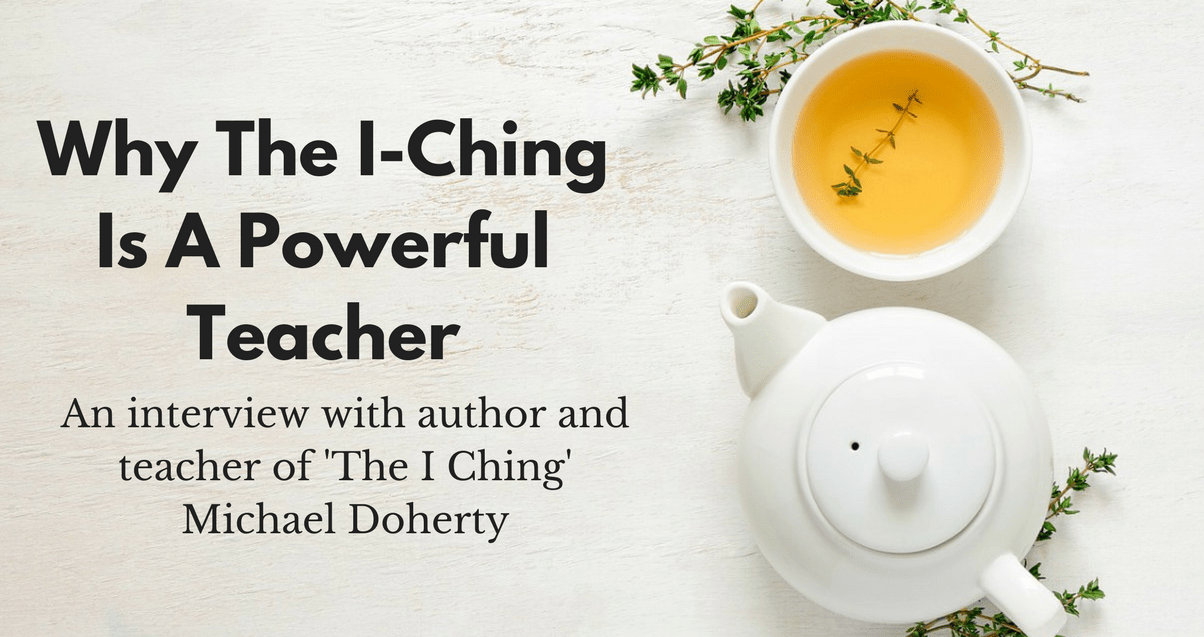 Why The I Ching (ICHING) Is A Powerful Teacher

I’ve always been interested in Chinese Philosophy and came across the teachings of I Ching for the first time when I met Michael Doherty. He is a good friend of mine and a fascinating teacher of the ICHING. With almost seventy years experience he felt the perfect introduction to the I Ching for me, he has a way of bringing it to the beginner and is continually learning from this great teaching so here is my first interview with Michael where he talks about ‘Why the I Ching?’ and so much more.

An Interview with author of ‘The I Ching: A Unique Interpretation of the I Ching’  Michael Doherty 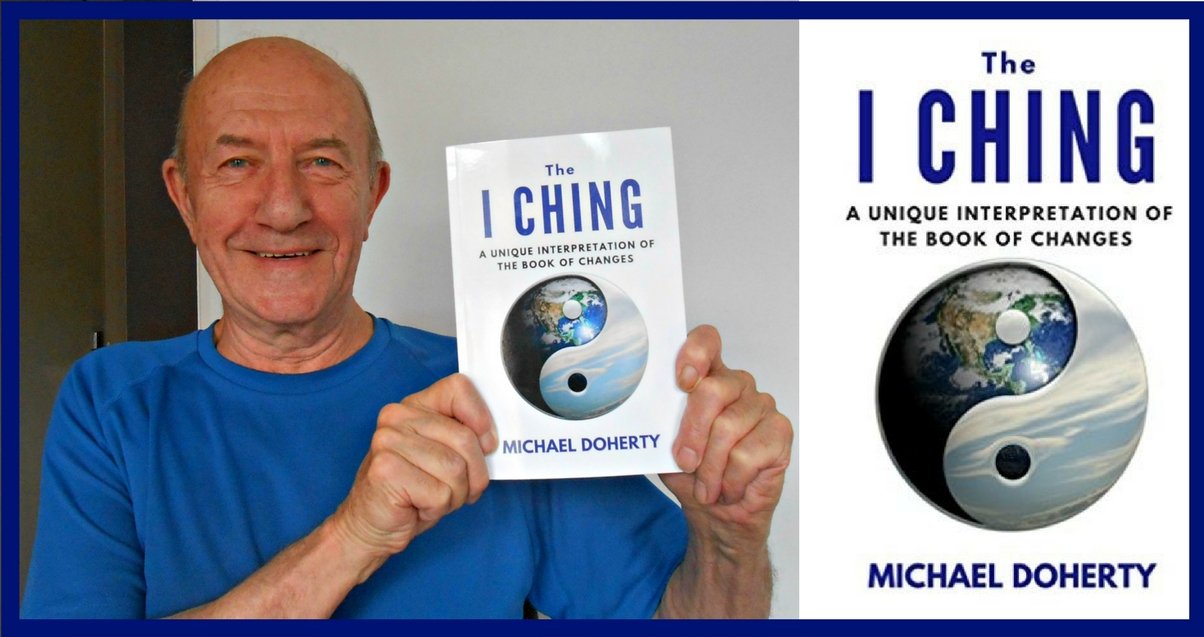 Your first book is about the deeply philosophical book the I CHING, what drew you to the topic of the I CHING?

I was given a copy of the I Ching for my fourteenth birthday in 1951 by a friend of the family. This was also the year of the first publication in English of the German translation by Richard Wilhelm, which is considered to be the ‘bible’ by students of the I Ching.

When I opened it, I wondered, ‘What is this?’ I didn’t have a clue and my expression must have shown that. The friend said, ‘Study it and by the time you’re 30 you’ll understand why I gave it to you.’ Thus began my interest in this classic of Chinese philosophy, and I have been studying it ever since.

Could you give a brief summary of what the I CHING is from your perspective?

What was your writing process when writing the I CHING?

As I don’t speak, read or write ancient Chinese, I studied the translations of many scholars who do, so as to get a ‘sense’ of the meaning of the hexagrams. I also meditated so as to allow intuitive understandings to come to me. After about 6 months of this intensive study, I began the process of writing the text of my book. Fortunately, I lived alone and was able to spend about six to eight hours a day after work, writing until the early hours of the morning. The writing, editing and formatting of the book took a further six months.

What do you hope to bring to readers through your book on the I CHING?

The original text is very difficult to read, even the authentic translations. Even after 60 years of study, I realise that I have hardly scratched the surface of the depth of meanings contained within it. My interpretation of the text is probably best described as the version I would have liked to be available when I began this journey.

What piece of advice would you give to those wanting to learn about the I CHING for the first time?

Apart from the obvious advice to buy my book, I would recommend doing some research online. Look at many versions that are available so as to find a version which resonates with you. These versions may be somewhat superficial, but they will give you a grasp of what the I Ching is about. After that you can go deeper with the more scholarly texts. 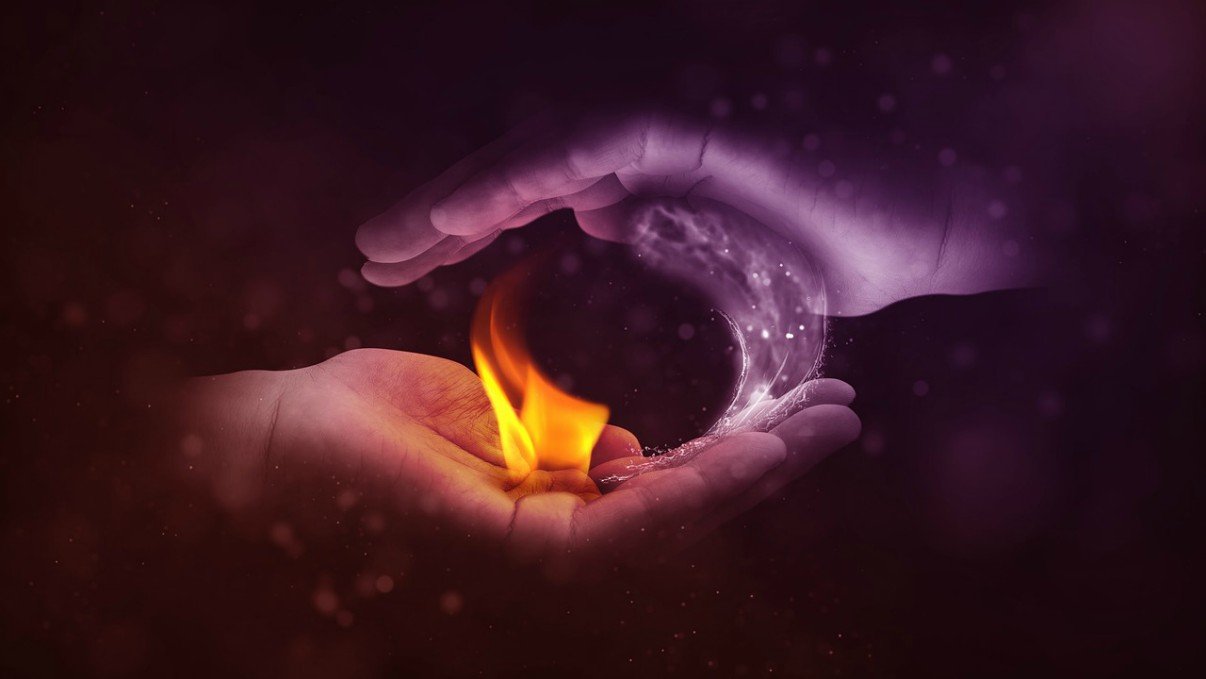 What’s the most important lesson you have learned during your time researching and learning about the I CHING?

That the only thing that’s certain in life is change itself. Nothing stays the same for ever. The bad times will end, but so will the good times That the Eastern way of looking at reality from their holistic perspective is at least as valid as the Western scientific approach, if not more so.

As a retired teacher of mathematics and physics, what does this bring to your love of Chinese philosophy?

Having studied both philosophies, I am able to be a bridge between them and perhaps my background in mathematics and physics enables me to offer a unique interpretation of this classic to those raised in the western tradition.

Can you share a story about what happened during your time writing this book?

Both before and during the writing, I was ‘visited’ in my dreams by a female ‘goddess’ who very bluntly told me to stop prevaricating and to get on with the project. A friend told me that this could have been Red Tara from the Tibetan Buddhist tradition. Apparently she has a habit of ‘kicking arse’.

Are there vocabulary or concepts in your book that may be new to readers?

I think the most difficult concept for westerners to accept is the use of chance to get answers to our questions. The I Ching was originally an oracle, and is still used as such around the world. It is consulted by the throwing of coins, which is considered to be pure random chance, but the Chinese have a different concept of time and believe that the fall of  the coins is a guide to that moment of time and all it contains.

How does your book differ from other I CHING books out there?

I have interpreted the text from a single perspective, that of the dangers and sufferings caused by the ego when it is in charge of how we think and behave. My book offers guidance as to how to get the best possible result in any situation, by explaining the best course of action.

What do your plans for future projects or books include?

I am currently researching to write a much deeper analysis of the meanings of the pictographs and symbols used in the original version, before the explanatory texts were added some three thousand years ago.

I understand that you teach the I CHING locally in Gloucester, UK do you have any plans to expand your teaching into online classes or courses?

I am currently expanding my online presence to including a new WordPress site, ‘themichaelfiles.com’ and with the help of a friend who is very knowledgeable, to expand my exposure on social media. I am seriously considering increasing my teaching locally, and later setting up online classes and courses.

Where Can Readers Buy Your Book If They Are Interested?

My book is currently available in paperback and eBook format on all Amazon retailers and also Smashwords.

And where can people find you online other than your website Michael?

If you want to keep up to date on the teachings of the I-CHING and other philosophy that I teach you can follow me on Facebook and Twitter  and if you like Zen stories I also make a regular appearance on the positive radio station Shining Bright Radio.