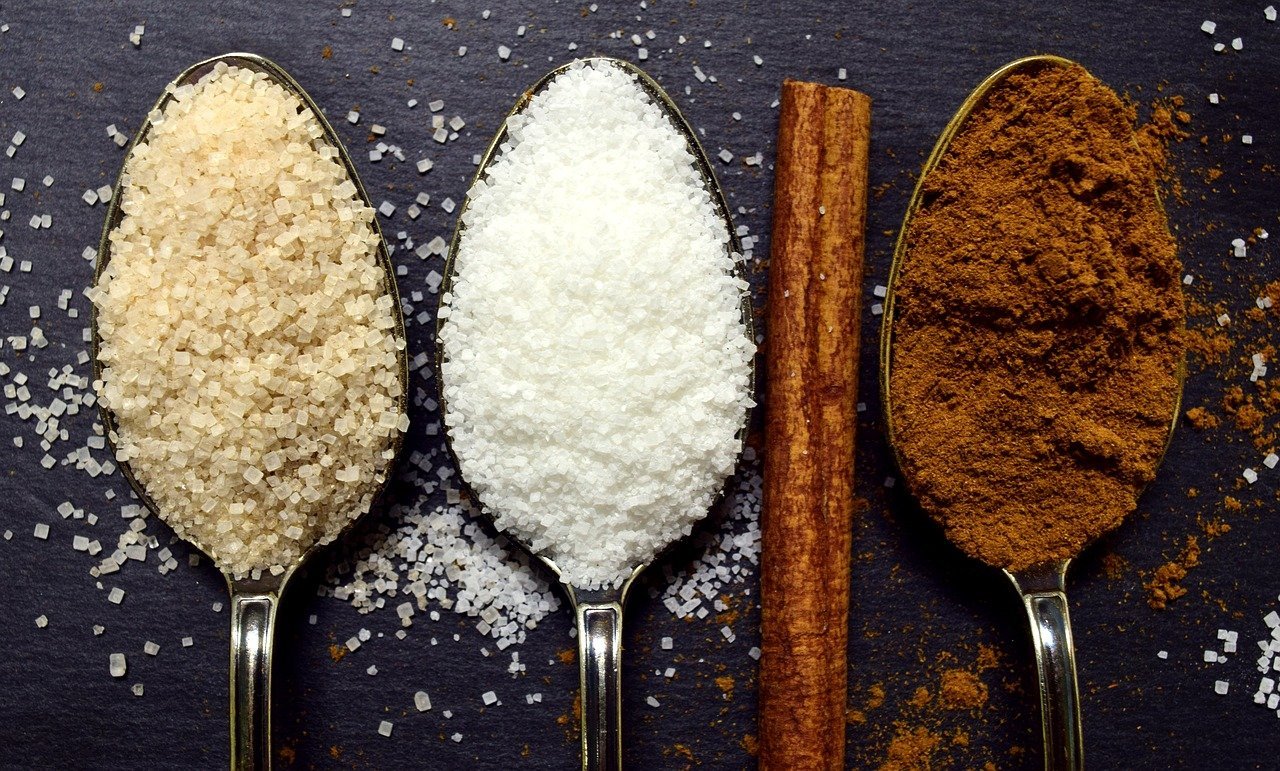 Beneath all addiction is pain or trauma of some kind. When we look at an alcoholic or drug addict we think they must be doing it to escape some trauma, but we generally don’t consider that our own ‘normal’ addiction to sugar may have a lot of deep dark secrets that we too are trying to escape from.

With sugar addiction we may have had it for so long, perhaps a whole lifetime and have no idea why we started using sugar to soothe or comfort us but somewhere back there in the recesses of our subconscious are memories stored, often to be revealed as we let the sugar go.

Many may say “well my mother gave me chocolate” or “all my friends were eating it” but somewhere back in our lives we said yes to more than a little sugar. We said yes to a consistent drug habit, sugar is like cocaine, it’s a habit we continue.

Sugar, before we discovered how bad it is for the body, was advertised as a healthy substance. The producers claimed it was a product that gave us energy, so it must be good. Unlike cigarettes you don’t see warning labels on the side of a chocolate bar or a pack of sugar; we should, but we don’t. In fact sugar can cause and create more health issues than cigarettes, but it’s big business and is unlikely to be labelled a danger until more people die from obesity or other diseases related to consuming it.

I don’t recall my first taste of a sugary substance but I know my taste-buds must have liked the taste. Since giving up sugar over a month now I remember reading somewhere that coming off sugar also is a far deeper healing than just physical health. For some reason I thought it would not happen to me; it would be clean, easy, graceful. I would let the sugar go and be super healthy. I was wrong.

Today, full moon, menstruation in full flow, I had some deep dark feelings arise from within myself. They had been trying to come up every day since giving up sugar but to a lesser degree. Prior to giving up sugar I knew these feelings were there, BUT like many addicts I ate cakes, chocolate and drank coffee with sugar to soothe that pain. I did not think anything of it, it felt normal, everybody else was doing it, so it must be ‘normal’, right?

What has been getting stronger and stronger for me each day is the emotion of jealousy. Jealousy of people having what I want, resentment towards them and then something deeper began to surface.

After talking to a friend online about the material jealousy and resentment, I started to think about jealousy in relationships, and for some reason some old memories began to surface. And so here I am sharing those memories. Not in detail, to protect the people involved, but in general.

I Started Eating Sweet Food When I Was Rejected At School

I started eating chocolate and cake from an early age but more so in my teens. What began was a pattern of rejection in my friendships. As a shy child I found it hard to make friends, but my first friend in primary school was what you call a best friend. We were friends for some time; people called us ‘little and large’ as I was so tall and she was so small. What happened within that friendship began a cycle of suffering for me which I started gradually stuffing down with cakes, biscuits, chocolate, crisps and anything that would soothe and blot out the pain.

My first friend made a new friend. She then coupled up and try as I might to join in friendships at school they tend to come in twos. It’s hard to be in a three. I am not sure if I was the only one that experienced this, but this was my experience. This hurt me to the core. I was around 8 years old. From this moment I began to feel very alone and an outsider. I was rejected. I felt not good enough. And I made a new friend, she made a better friend. I met a new friend, she made a better friend.

Until eventually I joined the dreaded high school.

I made a good friend in high school, but alas, she made a better friend. I made another friend, we spent a lot of time together, she met a better friend. And it got to the point in high school that I was afraid of lunchtime and breaks. The school yard seemed so huge, and most of the time I looked for someone to stand next to. I was painfully shy and I had a few friends but no-one I was close to anymore. I was always on the outside looking in. Whenever I spoke to make connections in this group of social girls, they often looked at me and sniggered as if I had said something wrong, or embarrassing. I think I spent a lot of time blushing and feeling stupid. So high school sucked big time, like I imagine it did for many people. A little way into school all of my friends joined the school production in the theatre group. Being shy I did not have the confidence to join. So I was left totally alone. I went from one rejection to another to another. Till I just felt all alone.

Sugar Addiction Filled A Lonely Space Inside Me

And then my sugar addiction kicked in. Cake, biscuits, chocolate, they were my comfort, they were the nurturing hands I felt I needed. I felt isolated, unworthy. All the insecure feelings someone with low self-esteem exhibits. When I telephoned friends to find out if they wanted to go out and they said they were busy, to only find out they had gone out with someone else and did not want to go out with me, it hurt. So I ate more and more. I was not obese as a child, but I did have tree-trunk thighs as my family called them and did not feel attractive. Bad acne, all the usual teenage symptoms. But yes that is when my sugar addiction began.

The more I was rejected, the more I lost trust in other humans, and had to come to rely on my own company. I developed coping mechanisms in food and watching television to zone out. When I was 13 my sister was born and my parents were so busy with her they stopped listening to me.

And so right now releasing sugar I am facing the pain of the past.

This is a big learning curve for me. It is a challenge to release the pain, resentment, jealousy and to realise that I am enough, that I deserve better and  that I am lovable.

So where do I go from here?

Well, as you will know if you follow my blog, I have been unravelling layers of me for a long time. It’s important to become aware of what holds us back in life, what we resist, what blocks we have so that we can grow into the whole human being we all really are inside.

What we resist persists, and although the jealousy began with the jealousy of what other people have that I want, it has taken me into older wounds to be healed. They had been festering for so long that I had been covering them with my sugar band-aid, but I can’t do that anymore. It is now time to face these inner fears, these feelings, these insecurities.

I am reminded of a saying I read recently :

“Be kind, for everyone you meet is fighting a hard battle.”  Author Unknown

And it is true that we all have inner demons to soothe, to become aware of and sometimes we are not ready to see them and to heal. Ten years ago I was not ready to heal or face this pain and now I am. And for this I am grateful for being inwardly guided to give up sugar, and then coffee.

From this moment on I will be looking at these feelings, using EFT (emofree.com) to tap the energy centres to release any resistance to moving forward on this topic.

I know from the old relationship patterns, I will need to move onto jealousy at a more surface level (jealousy of people having what I want) but it is possible by allowing the old pain to be released, this too will fall into place and make more sense to me.

Sugar, over-eating, too much coffee, drugs, alcohol, work-a-holism, obsessive gossiping, all hides something we do not want to face.

There is nothing wrong with band-aids, they serve a purpose. They protect us from pain, they nurture our wounds, they cover up anything we are unable or not ready to handle at the time. When we are ready they will fall away or stay.

Good luck with your own release, whatever it is you are releasing. I know mine is going to be an ongoing process, a journey of self-love, self-acceptance and self-nurturing and support. It is time I supported myself now without sugar. It is time to support myself now without being dependent on others to do this for me. And it begins now.

Are you ready to remove your band-aids?
And what is lying beneath them?

Excellent EFT tools for tapping on the issues behind sugar here :

*Photos used with permission from http://www.freedigitalphotos.net